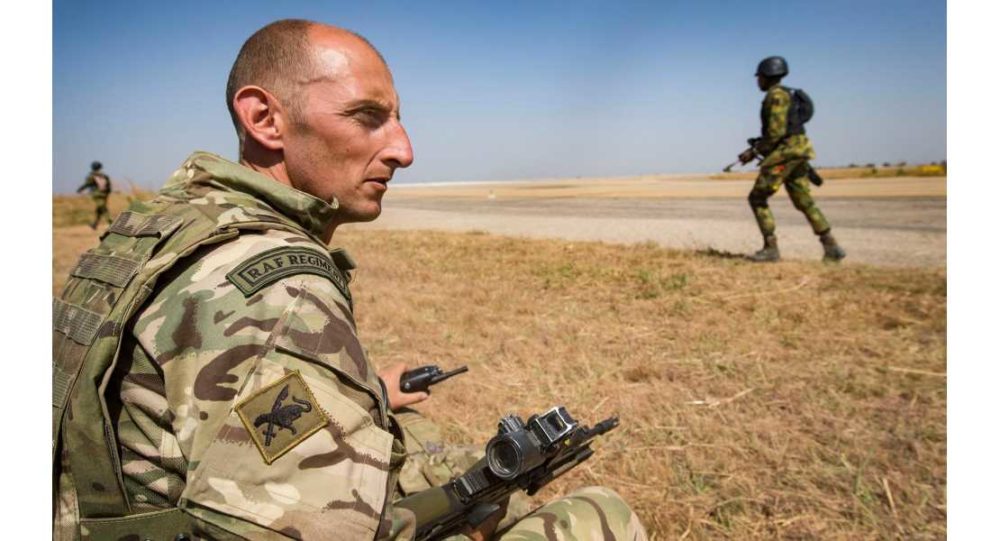 AS THEIR HOME BASE was being battered by Storm Caroline this week one group of RAF Lossiemouth airman have been working in the heat of Africa.

RAF Regiment Gunners and RAF Police from Number 5 Force Protection Wing based at RAF Lossiemouth, are currently ‘on the ground’ in Africa, assisting in the training of Nigerian Air Force Regiment soldiers to counter the threat they face from Boko Haram.

The British Military Advisory and Training Team work with our partner nations, as part of a five-year commitment, to assist in the training of troops to counter threats from Islamic extremism within their own borders. More than 1250 Nigerian military personnel have benefited from UK training with several hundred more also benefitting from UK specialist military courses and exercises as part of the wider Defence relationship since early 2015.

Meanwhile personnel at the Moray base managed to raise just over £980 recently in their annual effort for the BBC Children in Need appeal.

The cash was raised through a ‘Big Breakfast’, ‘Pudsey Cookie’ sale and a raffle of prizes kindly donated by local businesses.