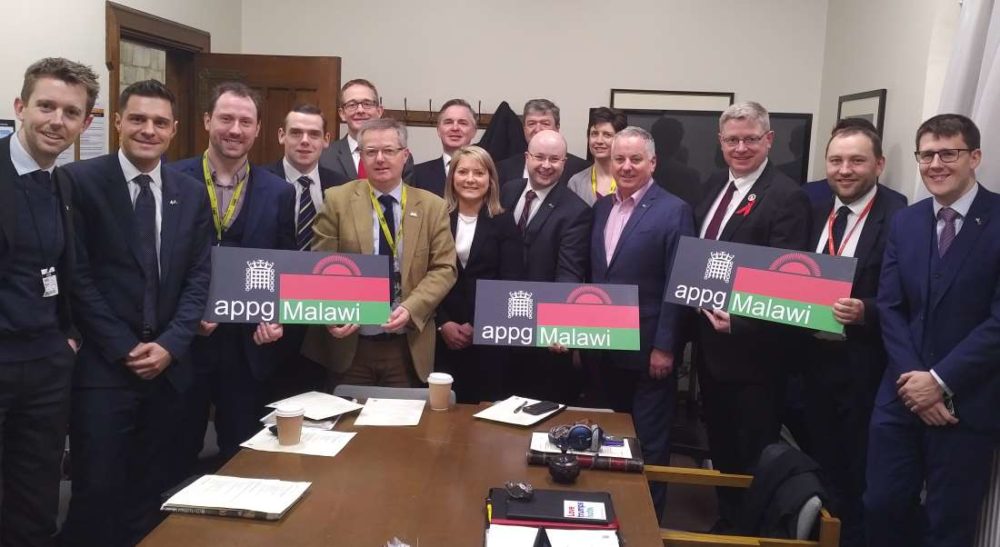 THE ELECTION OF Moray’s MP to a newly formed all-party Westminster group for Malawi has been welcomed by local constituents.

Douglas Ross has become a member of a group that he expressed a keen interest in joining because of the links with Malawi that have been formed by Forres Academy over the years.

Now the MP has already attended his first meeting of the group, after which he said: “I am also particularly pleased to be working on a group which has extremely strong cross party support and who are committed to working together and helping develop a programme for action for next year. I hope this is something I can help get the school involved in.

“I know that the Home Economics teacher at Forres Academy, Liz Stewart, has travelled out to Malawi every summer for several years bringing groups of pupils who have worked on a variety of vocational and educational projects from health and education, to home economics and hygiene and also sharing ideas between schools.

“I think it is extremely important that pupils get to see how other less fortunate children live and to learn about what can be done to help them. I know from speaking to Liz Stewart that a lot of pupils have used their visits to Malawi as a basis for choosing a career in social, health care or teaching professions.”

Forres Academy teacher Liz Stewart contacted Douglas to express her delight that he was on the all-party group, saying: “We have had a very active link with Luchenza Community day secondary school in Southern Malawi and its community since 2010. Our link has enhanced the experience of both the community of Forres and that of Malawi.”