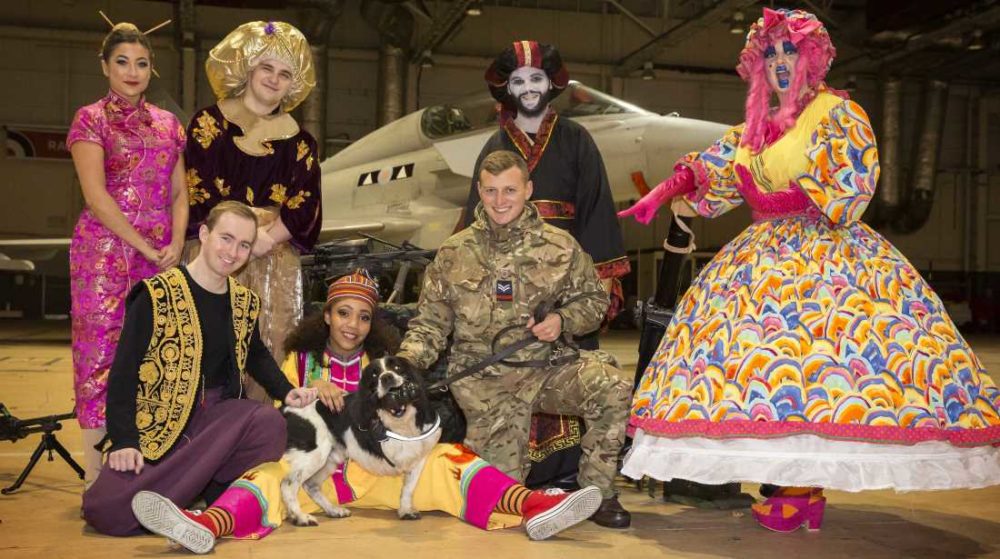 THE BRITISH FORCES FOUNDATION ‘Panto Bus’ made a trip to RAF Lossiemouth recently to mark the start of the festive season for Service families from the base.

Just over 300 children and their parents visited the base to see a performance of Aladdin by the touring theatre company. There was a lot of audience participation, including a special appearance by Group Captain Jim Walls DSO, the RAF Lossiemouth Station Commander.

Sarah Riley-Evans is the Station’s Community Development Officer, she said: “It was great to have the Panto Bus start their tour of Service bases by visiting us here at RAF Lossiemouth for the third consecutive year.

“It’s a wonderful initiative by the British Forces Foundation, and the pantomime was as popular as ever with our families.”