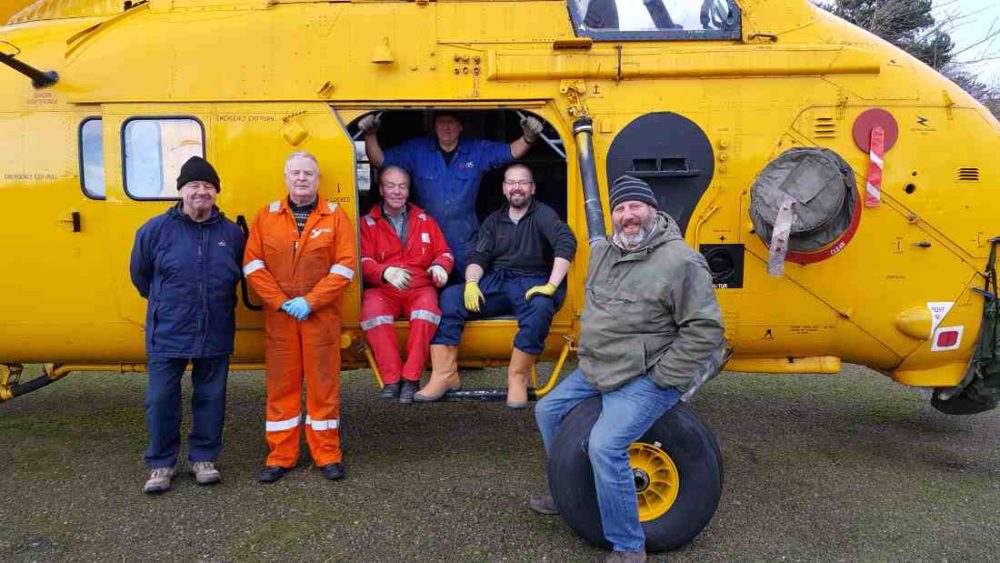 MORAY’S SCIENCE, TECHNOLOGY and aviation attraction has continued to draw in visitors this month as its shop has been kept running by volunteers each weekend.

And while centre will again close after Christmas work in the background is still going on – with the technical volunteers slowly but surely renovating their two ‘sister’ helicopters so that they can join the iconic Sea King at Morayvia’s Kinloss HQ.

Morayvia’s Mark Mair told insideMORAY: “Very near completion now is our Wessex SAR cab – from the battered wreck we started with the team has pulled things together very quickly. The instrument panel has been restored and will go in next week. “This will now go on show alongside the Sea King – and the next project is already being planned to complete the helicopter collection.

“Our Whirlwind will take a while to bring up to our exacting display standards – but the engineering team we have will make it happen as soon as possible and, hopefully, in time for public viewing during the summer season in 2018.”

Morayvia’s shop will be open on Saturday and Sunday from 12noon until 4pm.

In a nice follow-up to this story, we heard from Mark Mair about the impact of community news in Moray.  Mark explained: “A development after insideMoray reporting on the work of Morayvia volunteers returning the Wessex to a very high standard for people to view.

“We had ordered some goods for our local supplier KBM – and after reading the story, the manager of the Forres branch Lee Davidson asked Neil not to charge for the materials. This was great to hear and shows the impact of media.”

Mark added that Morayvia deal with lots of local businesses in the area who give great support.