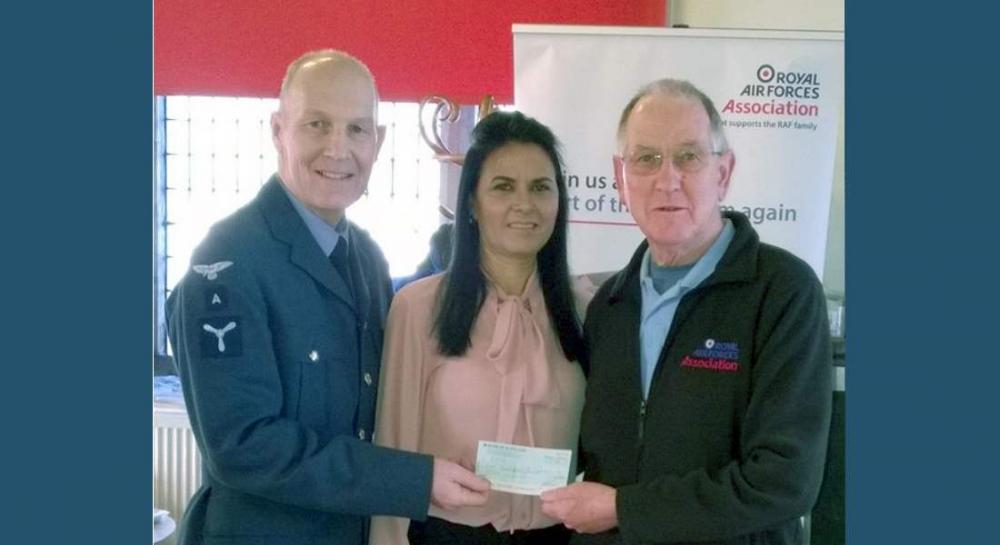 THE RAF Reserve airman who recorded and released a special Christmas song on behalf of several charities has been handing out the proceeds recently.

Back in November, insideMORAY told the story of SAC Graham Wyllie, who described himself as a ‘Romantic and Poet’. Graham is also a musician who had penned several songs dedicated to his wife, who has supported him through the difficult fight against prostate cancer.

Graham, who is a full-time reservist with the 602 (City of Glasgow) Squadron, is a well known face around Lossiemouth where his unit regularly participate in exercises and training. He recorded ‘A Christmas Wish’ along with an accompanying video – and so far that has raised an impressive £2100. Around £1700 of that was passed on to charities in December – including the RAF Association, SSAFA, Maggie Centre and the Glasgow Care Foundation.

Graham’s song, A Christmas Wish, can still be viewed and downloaded online while donations in support of the charities can be made via the same website.