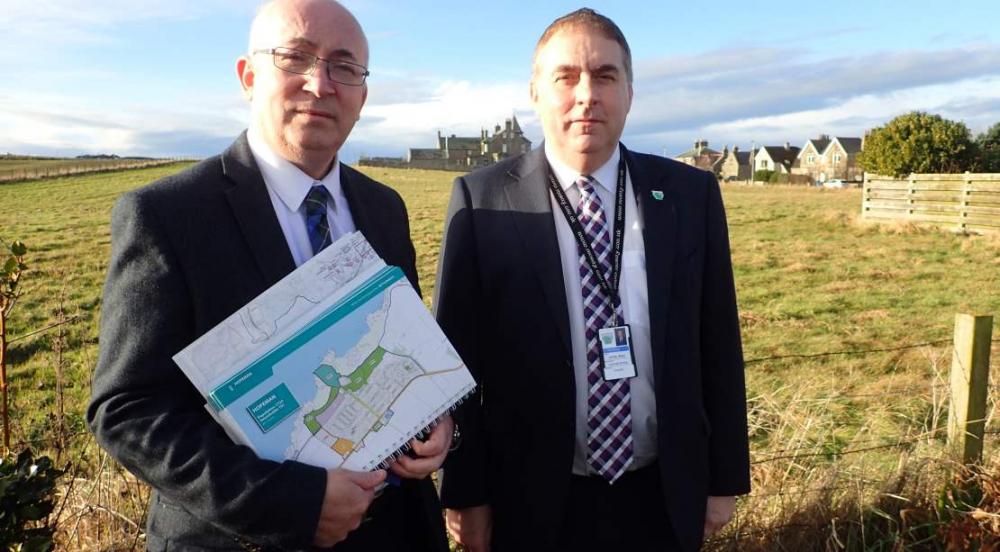 A SCOTTISH GOVERNMENT Reporter has overturned the decision of Moray Council to refuse planning for the creation of 22 new homes in Hopeman.

The decision to refuse the application from Springfield Properties was the third rejection over their bid to build on Forsyth Street in Hopeman.

The application in October last year attracted a total of 254 objections – with the motion to refuse proposed by SNP Councillor Aaron McLean, who said that while there was a need for affordable homes in Moray, that should not come at the expense of existing settlements.

Now Moray’s MP Douglas Ross has hit out on learning that the Reporter had taken the side of the applicant and reversed the decision, saying: “Applications for developments on this site have already been turned down by the council on no fewer than three previous occasions.

“At the last meeting the planning committee voted unanimously to refuse the proposal. In the light of this, and the very strong opposition to it from the local community, I am astonished by the reporter’s decision, which is challenging the rights of local elected representatives to make decisions on behalf of their constituents. Hopeman deserves far better than this.”

The Convener of Moray Council, Councillor James Allan, added: “I am incredibly disappointed by this news.

“The development will have a major impact on Hopeman and we will lose the rural view from the centre of the village, which adds so much to Hopeman’s character. The local residents have campaigned against this proposal for years and feel very passionately about it.

“The council has done its best for them and it seems very unfair that a developer can repeatedly come back to the council until they eventually manage to overturn our decision in the face of overwhelming public opposition.”

“The decision of the Scottish Government Reporter does little to promote the function of elected members and it is worthy of note that previous applications for this same site had been rejected, as the proposals are outwith the settlement boundary.

“Whilst clearly disappointed that the views of Moray Council were disregarded by the reporter I do welcome the condition he attached ‘requiring all of the houses to be affordable to first and all subsequent occupants’.

“Nevertheless this is little compensation for local people whose views have been disregarded.”