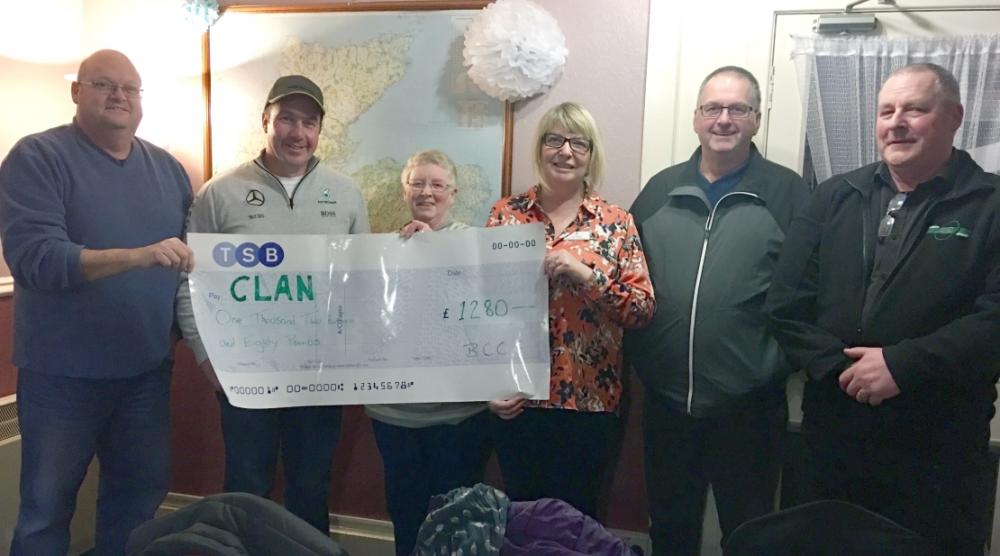 THE GROUP BEHIND one of Moray’s most popular annual events have been meeting up with a local charity to hand over a £1280 donation.

Buckie Classic Car Show pledged to raise funds for the CLAN cancer charity in Moray last year – and did so in a unique manner, producing a calendar of images from their event and selling that to keen classic motor enthusiasts.

Over 200 images were provided by attendees at the show with the best of those appearing in the limited-edition 2018 Calendar which very quickly sold out. This week the proceeds from that were handed over to CLAN’s Tracy Sellar.

A spokesman for the Buckie event told insideMORAY: “The response when we asked people to send in their photographs was amazing, but it left us with a very tough task – choosing which should be included in the Calendar.

“By the time we tallied up the proceeds from the special sale we were delighted to be able to hand over £1280 to Tracy.

“We would like to offer a massive thanks to all who submitted images for this project and, in particular, to all those who purchased the Calendar and so made this donation possible.”