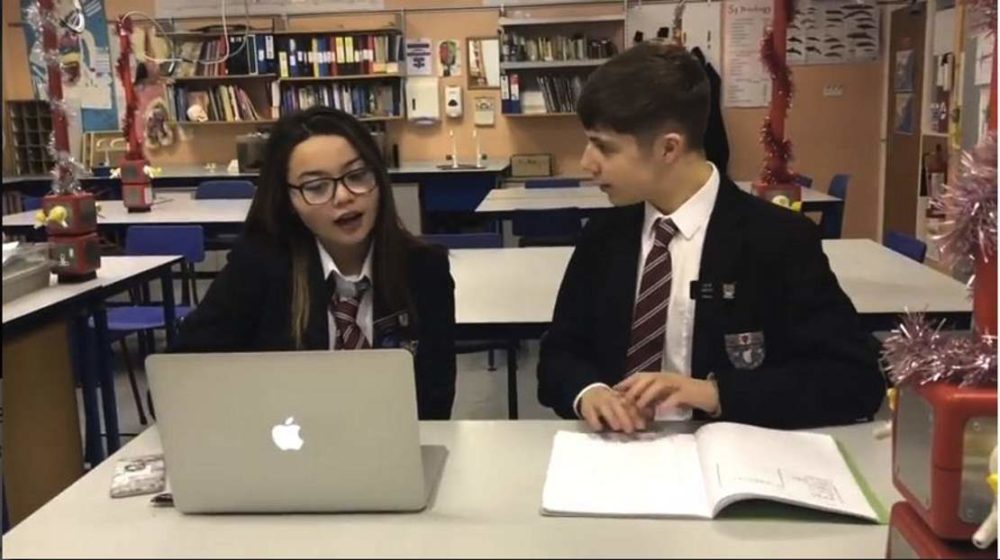 YOUNG FILMAKERS AT a Moray secondary school have been hard at work creating a production that will explain planning issues that their peers will experience in future years.

Over two months Buckie High School geography and modern studies pupils Beth, Marcus, Anastasia, Stella, Kadie and Jack have looked at the issues which are important to them, including affordable housing and public transport.

The resulting film will now be shown at a series of exhibitions hosted by Moray Council during their 12-week Main Issues Report consultation. It features images captured by the pupils as well as drone footage from Buckie firm Slater Sports.

Creation of the video was overseen by geography teacher Kate Murray, and the pupils were briefed on the Local Development Plan beforehand by Moray Council planning officers, Darren and Eily.

Speaking in the video, the pupils talk about changing the opinion that young people don’t want to stay in Moray: “We want Moray to be able to give younger people the right opportunity to stay here, for people to thrive instead of moving away. This Local Development Plan is giving us a voice in regards to how we want to change where we live for the better.”

He said: “What we’re discussing right now is the future of Moray and how it will look in 10-15 years. It’s so important that all age groups get involved in having a say on what they want to see happen in Moray, so I’m delighted to see our school pupils leading the way.”