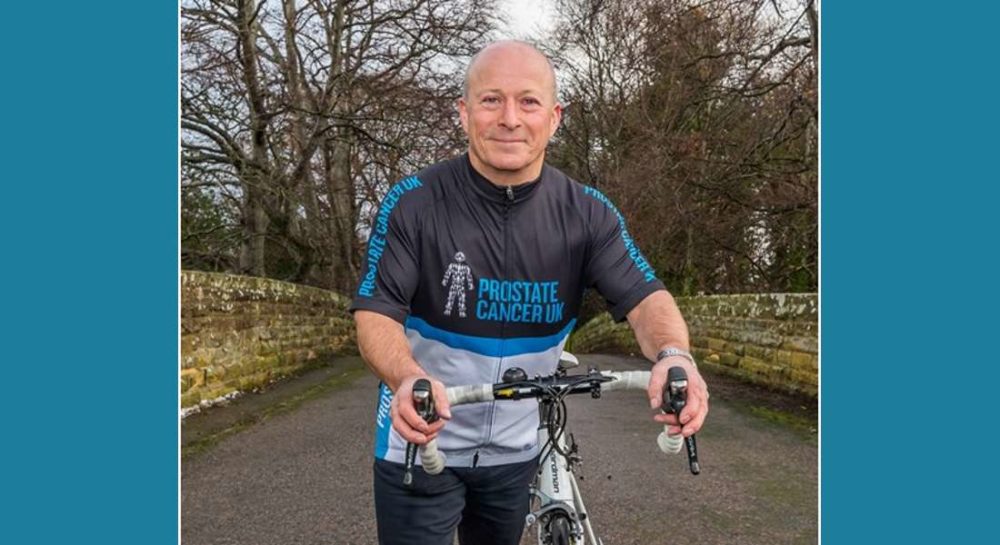 A BUCKIE MAN who only took up cycling two years ago so that he could ‘give something back’ to people who helped his fight against cancer is set to take on part of the Tour de France course.

Colin Murray is being treated for mantle cell lymphoma – but is not allowing that to hold him back as he bids to take on the Grand Depart Classic in the Vendee region of France – an event that allows those competing to cycle the first leg of the Tour de France a couple of weeks ahead of the main event.

Mr Murray’s brother died from prostrate cancer four years ago, giving him further reason to raise funds in support of those who helped his family through difficult times.

“I don’t want to ‘saddle’ you all with a sob story, but we need to get the ‘wheels’ in motion and ‘pedal’ fast for this worthwhile charity,” Mr Murray said, adding: “You can’t put the brakes on Cancer – so I’m asking for your help now, I’m quite literally getting on my bike!

“No back pedalling, it just has to be done – I know that money is tight for a lot of you good people, but every little helps and any donation can make a difference, no matter how small.”

Any doubts over his ability to take on the event are dispelled by the fact that Colin has already competed in the Etape Loch Ness, raising funding last year for Maggie’s.

His French adventure is just one part of a series of cycling events for Colin – he is planning on cycling in the Etape Loch Ness again in April and Etape Caledonia in May.

Colin’s fundraising page can be found online at https://www.justgiving.com/fundraising/colin-murray55