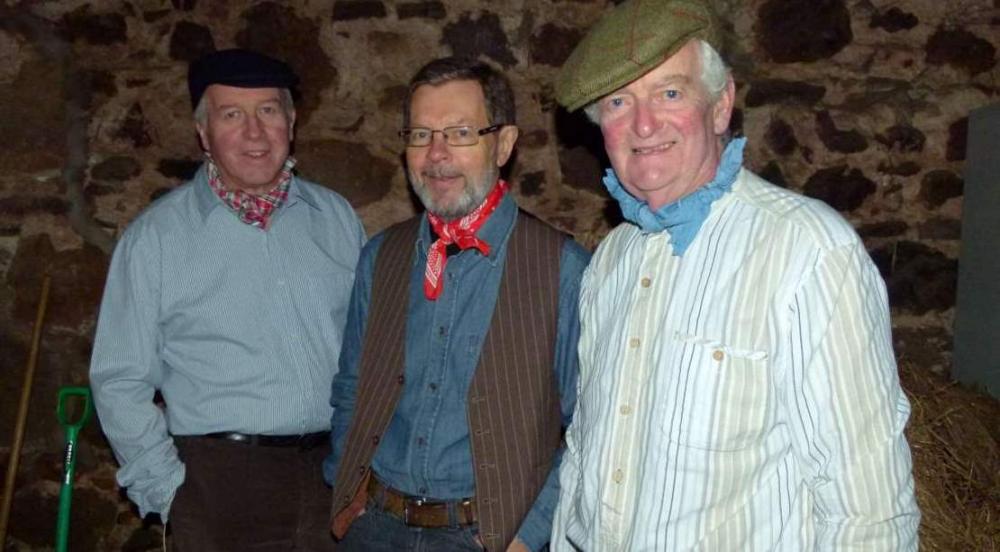 People will travel from near and far for the much-anticipated event with tickets likely to sell out quickly when they first become available on Friday from the Elgin Library.

Compere for the event will be Keith’s Gary Coull. A well-known face and master of ceremonies, Gary is no stranger to Elgin Rotary Bothy Ballads who are delighted that he has agreed to return.

A spokesman for the event told insideMORAY: “The format for the evening on Saturday, February 10 is that the first half is a concert where the balladeers each sing a song of their choice interspersed by guest artistes.

“A short interval follows where stovies are served with a choice of a dram or milk to satisfy the thirst. The second half is the competition proper where the balladeers each sing their competition song in an order chosen by ballot at the start of the show.

“Once everyone has sung our guest artistes perform again while the Judges deliberate and choose the “Champion of Champions”. After the prizegiving the evening is rounded off by a performance of the winning song by the newly crowned Champion.”

Guest performers at the Elgin event will be Maggie Adamson and Brian Nicholson from Shetland, while the competition will be judged by Scott Gardiner, a traditional singer and past winner as well as previous judge, and Margaret Bennet, Folklorist, Writer, Singer and Broadcaster.