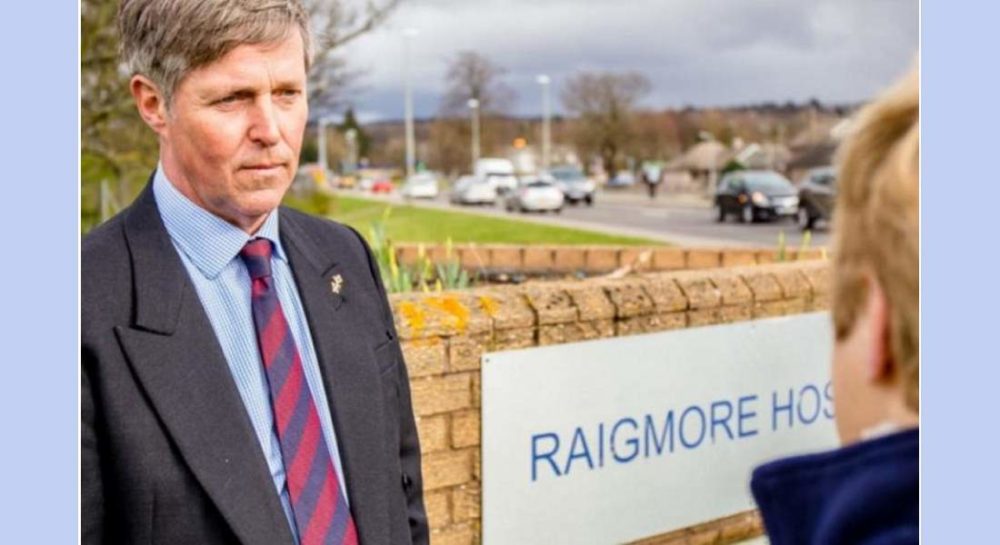 A REGIONAL MSP has accused the Scottish Government of not doing enough to inform high-risk patients of the benefits of being inoculated against Flu.

Conservative MSP for Highlands and Islands, including Moray, Edward Mountain, suffers from deep-vein thrombosis but he said he had to find out for himself the best way to get protection from the Flu virus.

As Scotland is being caught in the grip of a worrying increase in cases of Flu, it has been revealed that only around 40% of those elderly people or who have a chronic condition have received the jab this winter.

A total of around 120,000 ‘at risk’ individuals have not been vaccinated in the north and north east – including over 53,000 pensioners, 65,000 younger patients classed as vulnerable. The situation in the NHS Grampian area of concern shows that slightly more elderly people have been vaccinated than last year – 71% against 70.4%.

Health officials are urging people who have not already done so to have the Jab as what has been described as a ‘deadly’ Flu virus sweeps around Scotland.

Moray MSP Richard Lochhead visited Dr Gray’s Hospital in Elgin on Friday to see for himself how the local unit was coping with the virus. He said: “We have seen a large increase of Flu this winter – and I want to pay tribute to the phenomenal effort of all staff at the hospital. They have made sure that more than 96% of patients attending have been seen within the four-hour target.”

However, Mr Mountain said: “It is a huge disappointment that there has been a decline in these figures – especially when we are struggling to keep hospitals open during a time of flu epidemic.

“The importance of ‘at risk’ people taking the flu jab cannot be overstated.”

NHS Grampian provided figures that show 46.3% of those with Diabetes had failed to receive the Flu Jab, while over 70% of those registered as having ‘morbid obesity’ had also failed to be inoculated. Carers are also entitled to the free jab – but 59.1% of those in the ‘non professional’ category had failed to take it up.