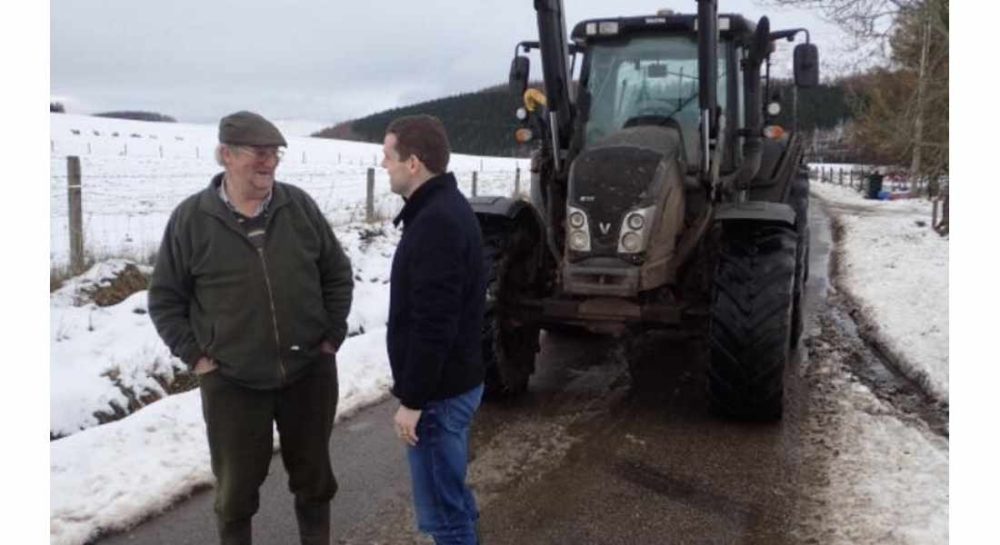 DISAPPOINTMENT HAS BEEN expressed by Moray’s MP over the response from Moray Council after he asked for a rethink over winter gritting at the Braes of Glenlivet.

Douglas Ross made a visit to the area last month at the invitation of local farmer Alistair Nairn, who demonstrated that the ‘modest’ changes made to local road gritting arrangements were having on the local community.

Mr Ross said: “Alistair was particularly concerned that local children and their families would face real problems getting to and from school.

“I am also very concerned that a reduction of services like this to our more remote communities could put their long-term sustainability at risk as people will be reluctant to bring up their families in places which lack basic services.

“Unfortunately, the Council, in its response, was unable to reassure me about the restoration of the service. I am disappointed by this and given the weather we have seen locally this week the impact of these changes will be significant. I will continue to press for an improvement in the service so that it meets the needs of local families in this area.”

The MP said that he did have a lot of sympathy at the difficult financial situation Moray Council has found itself in and that is not of their making.

He continued: “The Council has repeatedly received very poor financial settlements from the Scottish Government and this has led to it having to make cuts in services as it seeks to tackle an ongoing budgetary crisis.

“It is a scandal that Moray receives a lower financial settlement per head of population than councils in the central belt which do not have the large rural population that Moray has and the miles of country roads to look after.

“The SNP, despite having a £2billion increase in its budget from the UK government at the last budget, have neglected areas like Moray and the North East of Scotland for too long and I, and my Conservative colleagues, will continue to campaign for a fair deal for the people we represent.”