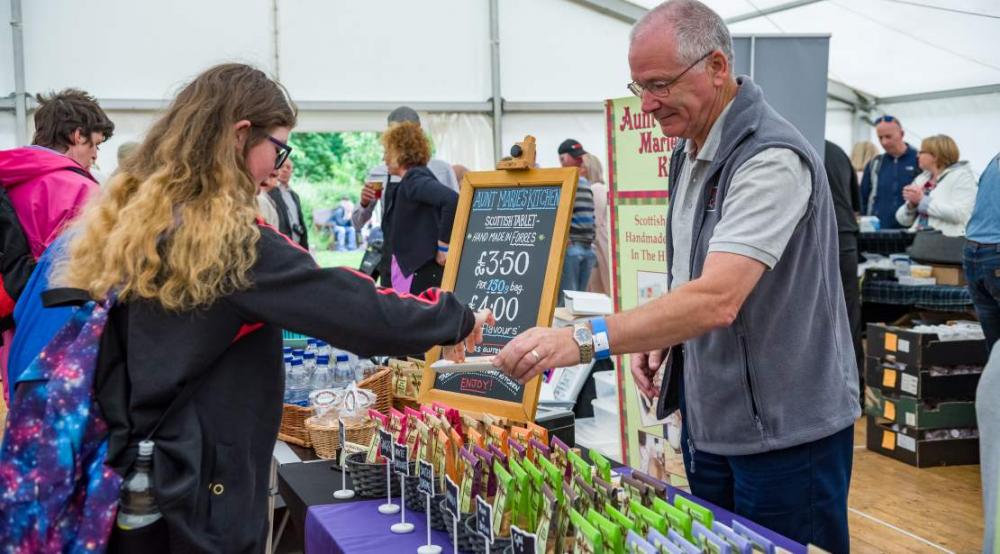 MORAY’S CRAFTERS, FOOD producers and charities are being urged to ensure their slice of the action from the final running of Moray’s largest one-day event.

Piping At Forres attracts visitors from all over the world – and is drumming up support for this year’s spectacle, the final running of the event in the town, by launching a search for stallholders.

The European Pipe Band Championships takes place on Saturday, June 30 in Grant Park, Forres for the last of its six-years as hosts. Organisers are now encouraging crafters and food and drink producers to get in touch to secure their stalls as it is expected that demand will be greater than ever before.

Joanna Taylor, a director with Forres Events Limited who organised the event, said: “We have already had people getting in touch asking to take a stall. We hope that demand will be bigger than ever before as this is the final Piping At Forres.

“2018 will be the sixth year the event has taken place in Forres and we have built up a reputation amongst our traders for our organisation as well as providing them with a great venue.” Piping At Forres not only includes world class piping, Highland dancing and the World Tattie Scone Championships but also hosts a food & drink village, a craft & retail village, bars and family attractions such as funfairs.

Visitors can even try their hand at the pipes and drum themselves – and there are places for over 100 stalls at Grant Park, with spaces available inside marquees that form part of each village.

Joanna added: “This is a fantastic opportunity for local food, drink and craft producers to showcase their products to an audience that comes from all over the world.”

More than 100 pipe bands from across the globe compete in the European Pipe Band Championships, in front of a crowd of thousands, making it the biggest ticketed one-day event in Moray. It has been awarded over 9 out of 10 in feedback each year.

Information about being a stallholder and access to the online application form is available on the Piping At Forres website, https://pipingatforres.com/sponsors-traders/piping-at-forres-2018-stallholder. Piping At Forres organisers are also keen to hear from any businesses or individuals interested in sponsoring the event.

There are a number of different levels of sponsorship available, and anyone wishing to know more about sponsorship should go to http://pipingatforres.com/sponsors-traders/sponsorship/.

Piping At Forres will, as in past years, give a stall free of charge to six selected charities. The selection will be made by the organisers from charities that have applied for a stall using the online process.

As 2018 is the Year of Young People, Piping At Forres is particularly keen to hear from charities that are run by or are involved with young people.

Volunteers are also being sought for the event, with meetings to be held in the weeks before the event. These will be announced online at on the event’s Facebook and Twitter pages.