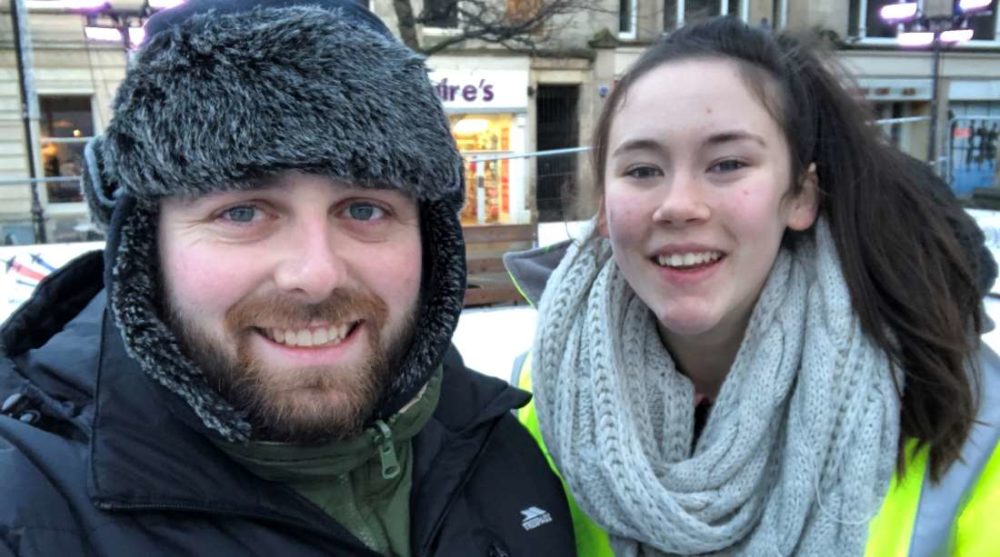 THE OLD YEAR ended on a high note when two ice skaters took to the Elgin Ice Festival rink at 10am last Wednesday – and remained on it for 24 hours!

Victoria Stuart (16), an Elgin High School pupil, joined Craig Allan on the ice for a 24-hour challenge that they hoped would raise funding for the Friends of the Oaks palliative day care centre in Elgin.

The gruelling post-Christmas challenge saw both remain on the ice around the clock – bar short stops for food and comfort breaks.

Craig said that it was far from easy during the night as they faced sub-zero temperatures: “We had ice, snow, rain, hail and sleet thrown at us – all of which required scraping from the ice after a shower had passed over.

“Then there was the inch of snow that also required clearing at the beginning of the day, so it was certainly a gruelling stamina test for us both.”

It was a test they passed with flying colours, however, finally coming off the ice at 10am on Thursday – cold, exhausted and with sore feet.

Craig added: “We completed the challenge and as a result managed to raise in the region of £600 which will be split evenly between the charity and the Caledonian Ice Skating Club, of which we are both members.”