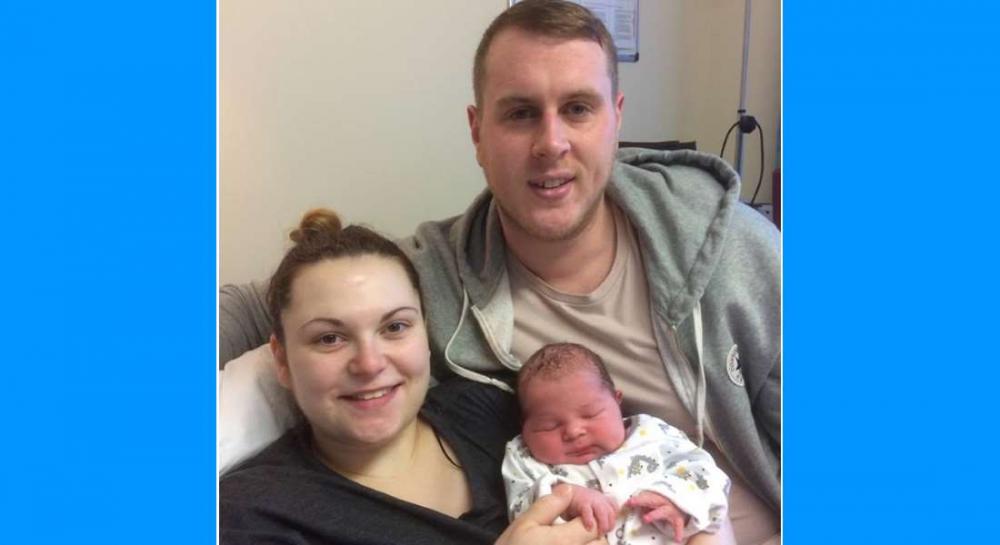 FOR ONE MORAY family there is an extra special reason to celebrate the dawn of a New Year this morning – the birth of their son.

Amy Coull and Craig Ferguson look likely to have a story to tell their newly born son when he is old enough to understand, as he looks very likely to have been the first birth of 2018 in the UK.

Harry Jacob Ferguson was born before the bells could complete chiming their message – just ten seconds into the new year at Dr Gray’s Hospital in Elgin. A member of staff at Moray’s maternity unit said: “The parents do not wish to be named at present but they are happy that we announce their little boy was brought into the world at ten seconds past midnight.

“He was a very healthy nine pounds and eight ounces – we are expecting it to be confirmed later today if he was the only birth so close to the bells.”

From all at insideMORAY, the very best of wishes to the family and a warm Happy New Year to all our readers wherever they may be.