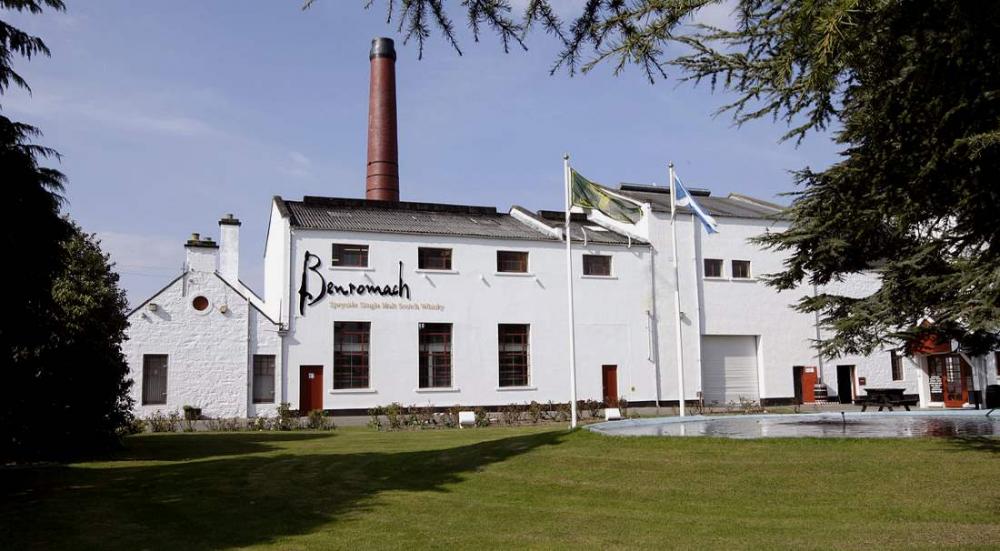 IT MAY BE ONE of the smallest distilleries in Scotland – but the Benromach in Forres is packing a mighty punch after enjoying one of its best-ever years.

Sales of the much sought-after whisky have grown by over a quarter in the last year, with overseas markets proving to be particularly fertile ground for owners Gordon and MacPhail.

Now the tiny site, which has itself been besieged for over a year by works on the nearby Forres Railway Station, is set for a makeover itself with plans to expand the site set to go on public display this week.

Ewen Mackintosh, the Elgin-based firms managing director, explained: “We have been expanding our production capacity at the distillery in recent years and have also increased the number of staff to allow us to produce more whisky.

“The means that over time we will need more warehousing to set down the spirit which will become our single malt whisky.”

The distillery dates back to 1898 – but had been mothballed in the 1980’s until being bought by the Urquhart family in 1993. It was officially reopened by Prince Charles in 1998.

Mr Mackintosh said that the distillery has been an integral part of the local community since – and now is the time to invest further.

Staff who are responsible for the expansion project will be at the Benromach Visitor Centre on Wednesday, January 17 from 2pm to 7pm when they will answer questions on the plans, which can also be seen at LDN Architects at their St Leonard’s Road premises by calling 01309 673221.