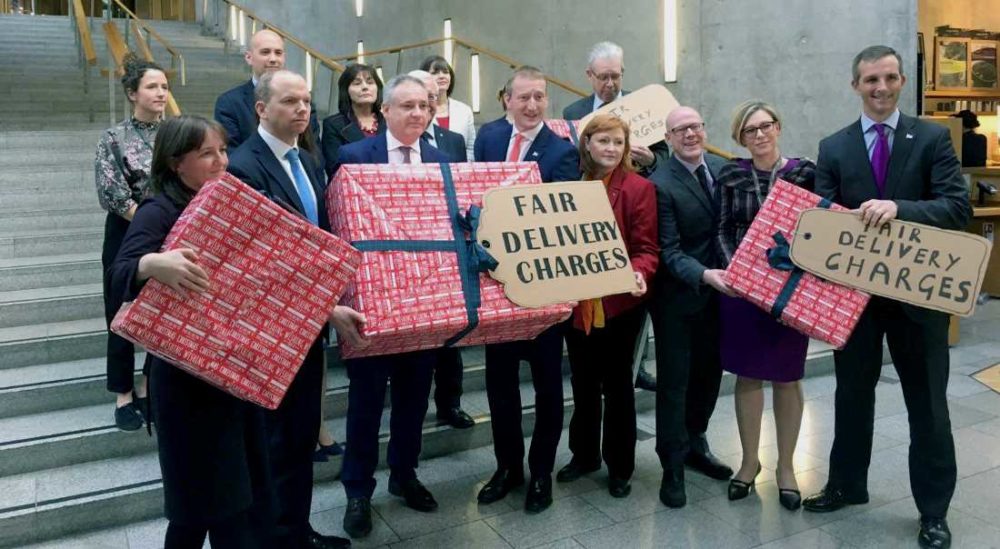 ONLINE RETAIL GIANT AMAZON has reacted to calls from Moray’s MSP to act over inflated delivery charges being imposed by some independent traders using their platform.

Mr Lochhead wrote to the online giants as part of his campaign to halt the practice of overcharging customers in Moray and throughout the north of Scotland.

His sights were set on Amazon as complaints rose over the number of firms using their facility who imposed additional and eye-watering charges for delivery – despite Amazon itself managing to hold to free or reasonable delivery terms.

Now Amazon have said that they will remove any traders who are not following their own guidelines on delivery charges.

Their action came after Mr Lochhead also asked local Trading Standards officers to also take action where Amazon traders failed to deliver on their promises of ‘free delivery to the UK mainland’.

Now Amazon has said that customers purchasing on their platform should always be afforded the same delivery terms as any other parts of the UK mainland.

A spokesman for the firm said that their marketplace sellers will be directed to be clear about their fees, adding: “They must follow our selling guidelines so any instances of potential non-compliance will be investigated. Sellers will be subject to potential action that would include the removal of their account.”