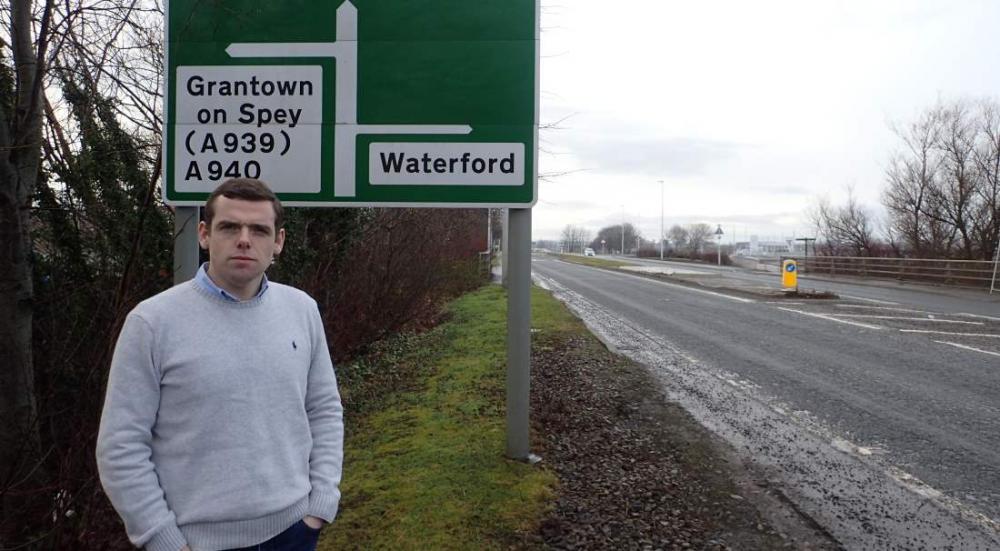 ROAD SIGNS THAT had been posing problems for motorists in Forres are to be replaced ‘as soon as possible’ following the intervention of an MP.

Complaints from constituents centred on the directions from the A96 signposting Waterford which had accurately served motorists for years.

However, the recent development of the new rail station and its approach road in the town meant that unwary motorists following the sign were ending up in the station car park!

Now Transport Scotland have promised to change the signage following the intervention of Douglas Ross MP, who said: “I wrote to Transport Scotland to ask them to put the sign back on the A96 notifying people of the turn offs for the Waterford Industrial Estate and also for the Benromach Distillery and I’m pleased to have received a positive response from them.

He added: “I was contacted by constituents who were concerned about confusion caused with the signs which were left after the recent upgrades; this was also affecting local businesses in the Waterford area.

“I am happy to say that I have now received notification from Transport Scotland that the contractor is working on this to ensure the new signs are installed as soon as possible. I am sure this will be welcomed by local people and businesses.”