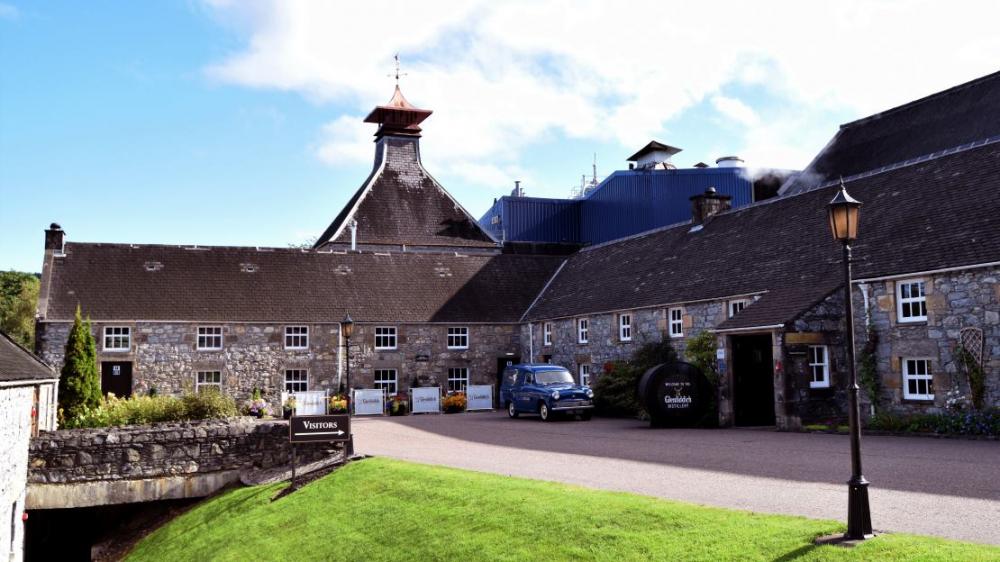 Today we continue our series throughout February looking at the work – and those who undertake it – at one Moray’s oldest and largest distillers, William Grant & Sons. Today we meet Kirsty Dagnan, who enjoyed a wide and varied career in the industry before taking on the role as Head of Operations at the Dufftown site….. “I HAVE ALWAYS HAD A PASSION for Whisky and Scotland”, Kirsty explained as an opener to explaining how she chose the whisky industry for her career path.

Kirsty went on to explain that Mum was from Islay, somewhat well known for its Distilleries, so it was something that she was always very aware of.

She added: “I loved science at school and decided to study Forensic and Analytical Chemistry at the University of Strathclyde. After finishing my degree, I realised that I didn’t want a career directly relating to my studies, although I didn’t want to waste the technical skills I had developed either.

“I knew I wanted breadth in whatever I did – and I still had a longing to work in the Whisky industry. So I applied for lots of graduate schemes when I left University, as I believed they would give me the breadth that I wanted.

“I joined a distilling company on their graduate scheme in 2005 and I definitely got the bug for Whisky and was able to get a breadth of knowledge across the whisky business.”

Kirsty began working at a grain distillery in their technical team that looked at spirit quality, that taking up her first year: “In my second year I was given the responsibility to be team leader for two distilleries in Speyside, this was first taste of being a team leader and I loved it.

“I then moved to Amsterdam for a year, still in Whisky and worked in Supply Chain and Logistics – this was very different from anything I had done before but helped me understand the full Whisky Supply Chain.

“After this I moved into a role as Team Leader for Sweetened Products and White Spirits working at a packaging site producing Vodka, Gin and ready to drink liquids. I carried out that role for two years and then my love of whisky came calling again.”

Next for Kirsty was a post as senior manager for a group of distilleries, where she was responsible for two distilleries, a maltings, a Distillery Visitor Centre and an Engineering Centre.

“This was a big step up from what I had done previously but I loved the challenge,” she said, adding: “I did this role for nearly seven years before I moved into my current role as Head of Operations for William Grant and Sons at our Dufftown site.

“I started this role in August 2017 and I can honestly say I have loved every day. My role covers Spirit Supply, Distilling and Maintenance and it is a privilege to work at a site that has so much history and such fantastic and awarded brands.

“Glenfiddich and Balvenie are such iconic whiskies, I had always admired these from afar so when the opportunity came up at such an exciting time for the site I couldn’t turn it down.”