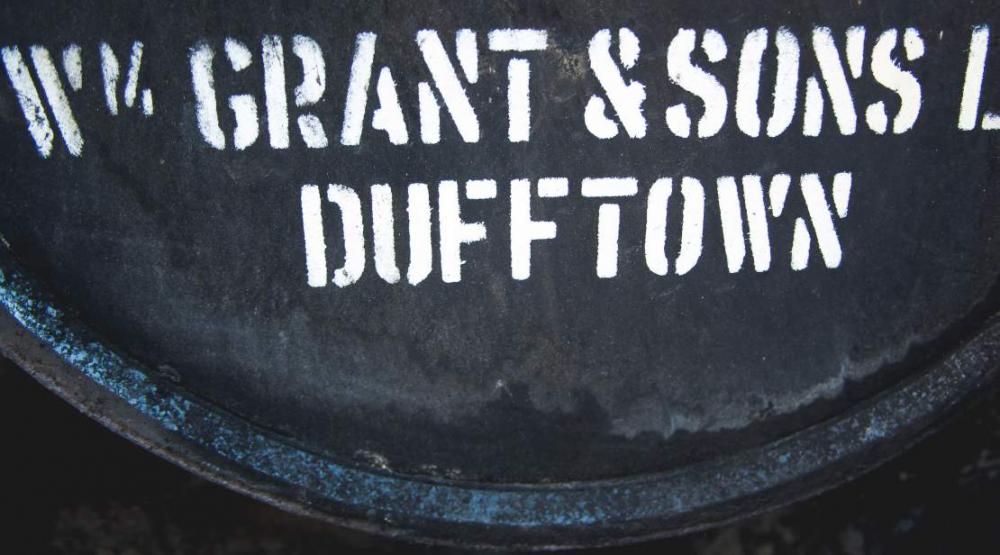 MORAY AND SPEYSIDE may be famous for its stunning scenery from coast to mountain, but around the world it is one thing that makes it distinct – Whisky.

Many of the most famous brands are produced right here on our backyard, that of course brings many advantages to the people of Moray and Speyside. Our Whisky adds billions of pounds to our economy, with much of what we produce exported to all corners of the world.

We will focus on one of our oldest independent producers – Dufftown-based William Grant & Sons – and, we hope, reveal what it is like to work in the industry and, of course, how local people who never thought of working for a distiller might fit into their structure.

In this introduction we meet Angus Holmes, the Spirit Supply Area Leader for William Grant & Sons.

“I graduated with a degree in Brewing and Distilling from Heriot-Watt several years ago – and at the time there were no roles within either brewing or distilling in Scotland,” Angus said, adding that he subsequently moved to Suffolk to create malt and malt extract for the food, brewing and distilling industries.

He added: “I realised my heart was in the brewing and distilling industries, so I left and joined Scottish & Newcastle in Manchester – who then became Heineken – as a team leader in packaging. After spells in kegging, canning and brewing as a shift-based operational team leader, I became Brewing Support Manager and was responsible for the day-to-day operation of the brewing department.

“This led to me being approached to become Head Brewer of a regional brewery in Liverpool where I was responsible for brewing, quality, engineering and cask production. It had always been my ambition to be a head brewer so it was difficult to turn down!”

Several years of later Angus had an opportunity to return to Manchester and work on the expansion and build of the UK’s largest brewery for Heineken.

He said: “I led the operational side of the project for several years, from conceptual design through to commissioning on a project that covered raw materials through to packaging and involved re-automating a brewery from a 1980s platform to a 21st century AI-led brewery.”

So how then, did he switch from beer to whisky? He explained: “That is a slightly convoluted story, but after 11 years off and on in Manchester, Scotland came calling. It offered a better lifestyle but also work in an industry creating a truly premium product.

“Joining William Grant & Sons in April 2016 has allowed me to live the lifestyle I’ve also wanted, with world-class mountain biking, skiing, surfing and kayaking within 30 minutes of my house, as well as all the city benefits of M&S food, Tesco delivery and two airports within an hour’s drive of my house.

Angus describes his workplace as “truly unique” – being the site where William Grant began the business of distilling Glenfiddich on Christmas Day in 1887.

He said: “We’re the largest malt distilling site in the world, with three distilleries – Glenfiddich, Balvenie and Kininvie – plus two visitor centres, a bottling operation, maintenance and engineering function, cooperage, a filling store and 44 warehouses on the site as well as being the global registered head office of William Grant & Sons. The site employs around 230 full-time staff, with additional seasonal teams joining bottling and the visitor centres.”

But who works for William Grant & Sons? The perception for many is that specialist staff are brought in from all over, but the truth is quite different: “Traditionally the site employed people from the local area,” Angus explained. He added: “While that tradition has been maintained, as the site has grown it has attracted more people – including myself – who want to live in this part of Scotland. Over the last three years the senior team on site has changed completely with people from diverse backgrounds – distilling, brewing, RAF, oil and gas – now making up the team.

“The culture is very much tradition married with continuous improvement. We need to be true to the roots that have made William Grant & Sons, who we are and who have a desire to hold our traditions.

“People we seek are very entrepreneurial in looking at our opportunities across the site. The new senior team are very aligned to this view and we will continue to build on our reputation as the number one distilling site in the industry.”

So, we wondered, what opportunities are currently available?

Angus said: “Currently we have opportunities on-site for team leaders in spirit supply, process team members as well as opportunities in Q1 2018 for coopers, cooper apprentices and planners.

“We are looking to recruit people who want to join our company and help the growth and drive for improvement across the site. We invest in our team to maximise their potential in their current roles through technical distilling qualifications and academic support.

“We also have the aim of recruiting 50% of our roles internally so there are plenty of opportunities for internal career progression.”

Those interested in a career at William Grant & Sons can learn more by visiting their careers page online.