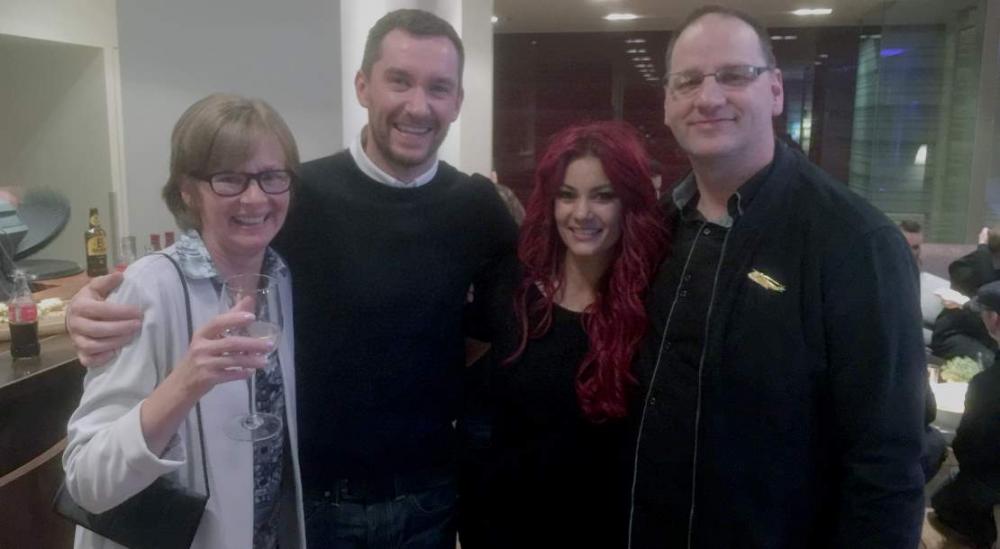 MORAY’S AVIATION AND science attraction, Morayvia, is flying in very high circles as its reputation inexorably spreads in the world of showbusiness.

In the few years since first opening their doors at a former primary school in Kinloss, the centre has welcomed a string of celebrities from television and sport.

Now, it seems, Moray’s favourite attraction has attracted the attention of members of the Strictly Come Dancing team.

The latest stars to take an interest in Moray include Dame Darcy Bussell, Craig Revel Horwood and Bruno Tonioli – all three having agreed to provide their backing after a surprise invitation was issued to Morayvia chairman Mark Mair.

Mark explained: “A few weeks ago I had a surprise call from Emmerdale’s Anthony Quinlan with an invitation for my wife Diane and I to meet him in Glasgow this weekend.

“Anthony’s commitment to Morayvia has been simply outstanding since he first paid us a visit – but what we never expected was that the invitation included dinner followed by a VIP trip to the Strictly Come Dancing show at the Hydro.”

It was revealed in December in showbusiness news that Anthony had been ‘stepping out’ with Australian dancing professional Dianne Buswell. They met after being introduced by Anthony’s co-star on Emmerdale, Gemma Atkinson, who was a semi-finalist in the last Strictly Com Dancing series.

Morayvia’s Mark and Diane were taken back stage at the Hydro to meet Dianne, saying of the encounter: “She spent some time asking how other members of the Strictly team might be able to help Morayvia – and she readily agreed on the invitation of my wife to visit Kinloss.

“The result of that is later this month both Dianne and Anthony will, all being well, call in at Morayvia. We have also received support from Darcy, Craig and Bruno, who were keen to learn about the project and have agreed to sign some items for us to auction at an event we will be hosting later this year.”