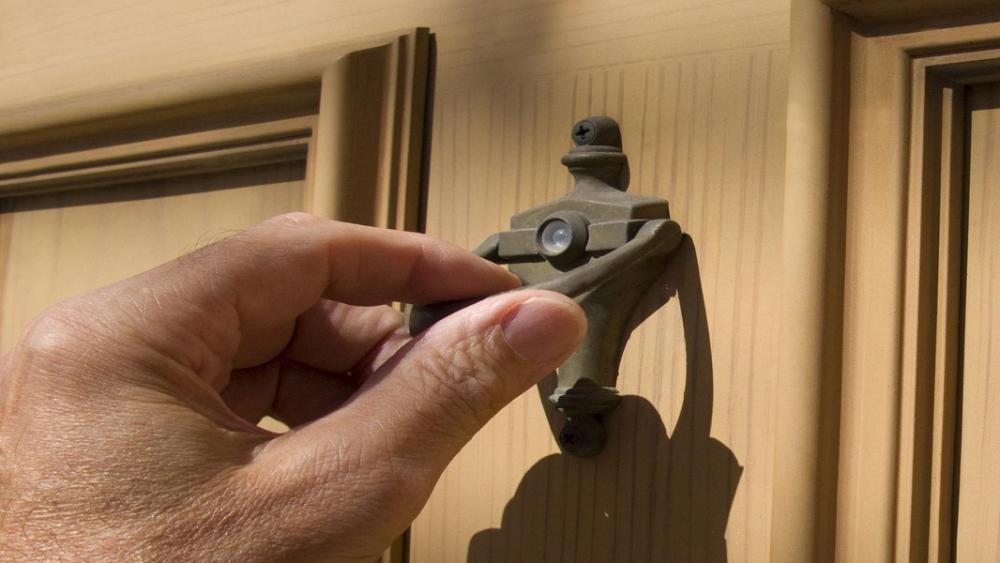 Anyone can be a victim of a bogus caller or rogue trader – so don’t let your doorstep be their marketplace; that’s the message to every single homeowner and tenant in Scotland.

Between April and September 2017, 336 victims of doorstep crime were defrauded out of around £420,000. While most victims were considered vulnerable in some way (54%), or were of pensionable age (79%), a significant proportion were outwith these groups which are traditionally targeted by such offenders.

Bogus callers will visit a property claiming to be from perhaps a utility company or a charity in order to gain access and steal from within. Rogue traders offer services typically carried out to a poor standard at over inflated prices, and may use violence or threats to get payment or consent to carry out work – sometimes they will just take the money and do no work whatsoever.

The awareness raising campaign, Operation Monarda, is running until 3 June. Officers across Scotland will be running events and stalls to speak to the public at key locations such as banks, garden centres and supermarkets. Officers will also be attending events giving advice to partner organisations and their clients such as care providers, groups that support those with dementia, and Citizens Advice Scotland. Operational work such as victim visits and warrants will be carried out during this period, and a series of videos will be running on social media with victims telling their real-life stories.

Mary Riley, Manager of Moray Citizens Advice Bureau said: “we hosted an event at our premises on Monday 21 May. This event was run in collaboration with Police Scotland Crime Reduction and Moray Council Trading Standards as part of Operation Monarda.

“The week-long campaign is specifically focused on Doorstep Crime within local communities. The two main types of doorstep criminals are bogus callers and rogue traders. Unfortunately, doorstep crime affects all aspects of society; however, the elderly and vulnerable can often feel the largest impact.

“That’s why Moray CAB is committed to reducing the number of individuals affected by doorstep crime, ultimately keeping vulnerable groups safe and empowering local communities. The event on Monday was attended by clients visiting the bureau and by volunteers and staff.”

Moray CAB is supporting a further SCAMS campaign during the month of June. Further details to follow on insideMORAY in due course.

Chief Superintendent John McKenzie of Police Scotland Safer Communities said: “We are carrying out a wide range of activities in order to reach as many people as possible, because bogus callers and rogue traders are indiscriminate. They will call at any house they can, looking to con the occupant and line their own pockets.

“The more vulnerable in our society do continue to be the main target for these fraudsters and I would urge people to please look out for their elderly or otherwise vulnerable friends, relatives and neighbours – but please also spare a thought for yourself. These criminals can be very plausible and persuasive and it can be easy to be taken in by them.

“There are simple steps you can take when a cold caller arrives at your door, such as using a door chain so as not to let them into your home, or checking their identity by independent means – but if you are concerned, please do not feel embarrassed to report this to police as it’s only by receiving these reports that we can build a picture of the fraudulent activity and take action. Call 999 if you feel scared or intimidated.

“Please be alert as these opportunists are making a living from defrauding the public and constantly move from place to place to carry out their con – bogus callers and rogue traders will unfortunately be found on a street near you but together we can bring down their criminal enterprise and keep our communities safe.”

“Our advisers regularly hear from people who have been victims of all types of scam, and doorstep crime can be one of the most distressing. Our message today is that people should be vigilant in spotting scams and should feel empowered to report any doorstep scams they experience or hear about. As ever, the CAB service is here to help.”