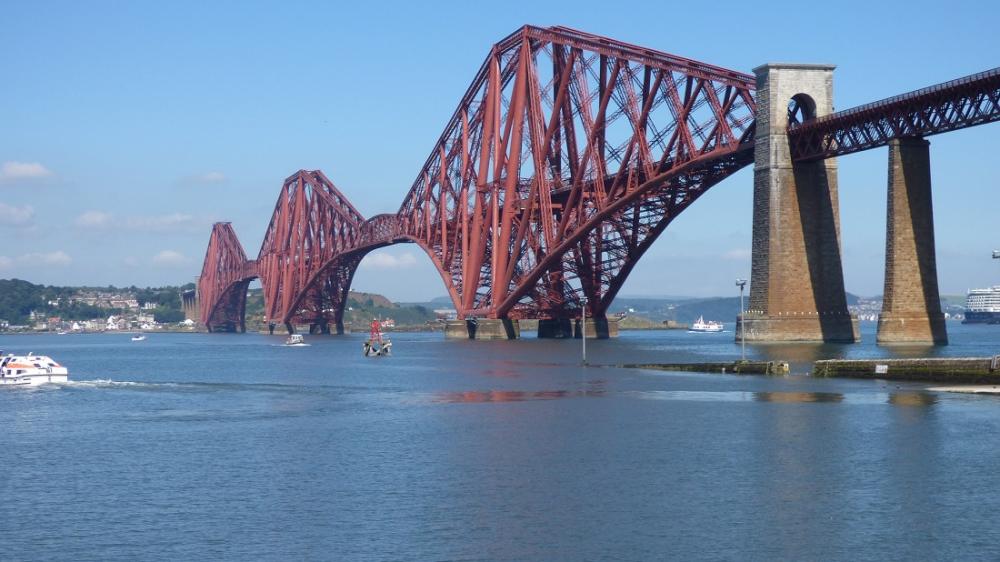 Moray student and insideMORAY reader Nadine Weiland is set to take a leap off the Forth Bridge in a bid to raise awareness and money for mental health.

Nadine, 24 and living in New Elgin, is going to abseil off the Forth Bridge on 10 June in an effort to raise money for mental health charity Penumbra. She has already managed to raise over £300 in sponsorship and from holding a fashion show and raffle at M&Co on Elgin High Street and is now looking to push her total beyond £500.

“The fashion show was a great success and so much fun to organise and be a part of,” says Nadine. “I was delighted that local business such as the Little Lunchbox, Gordon & MacPhail, and Walkers were able to give so generously to a very worthy cause. This along with support from Tesco for food and refreshments meant that the event itself raised almost £200.”

Nadine’s decision is rooted in her experience supporting others as a Peer Worker for Penumbra. Commenting on why she chose this particular challenge Nadine adds: “Living with poor mental health every day can be terrifying, and reaching out for help is like a massive leap into the unknown. But with the right support and networks in place recovery is possible. The abseil will be very scary but I hope to be able to raise not only funds but also awareness in an attempt to reduce the stigma.”

Penumbra is one of Scotland’s largest mental health charities; they support around 1,600 adults and young people every week and employ 400 staff across Scotland. In Elgin they have two services on Batchen Street, the Moray Peer Service and the Moray Mental Health & Wellness Centre. They work to promote mental health and wellbeing for all and to support people with mental health problems.

Nadine is keen to stress that, although she is employed by Penumbra, she is doing this in a purely personal capacity.

Nadine’s fundraising page can be accessed via aceabseil-june2018.everydayhero.com/uk/forth-rail-bridge-abseil