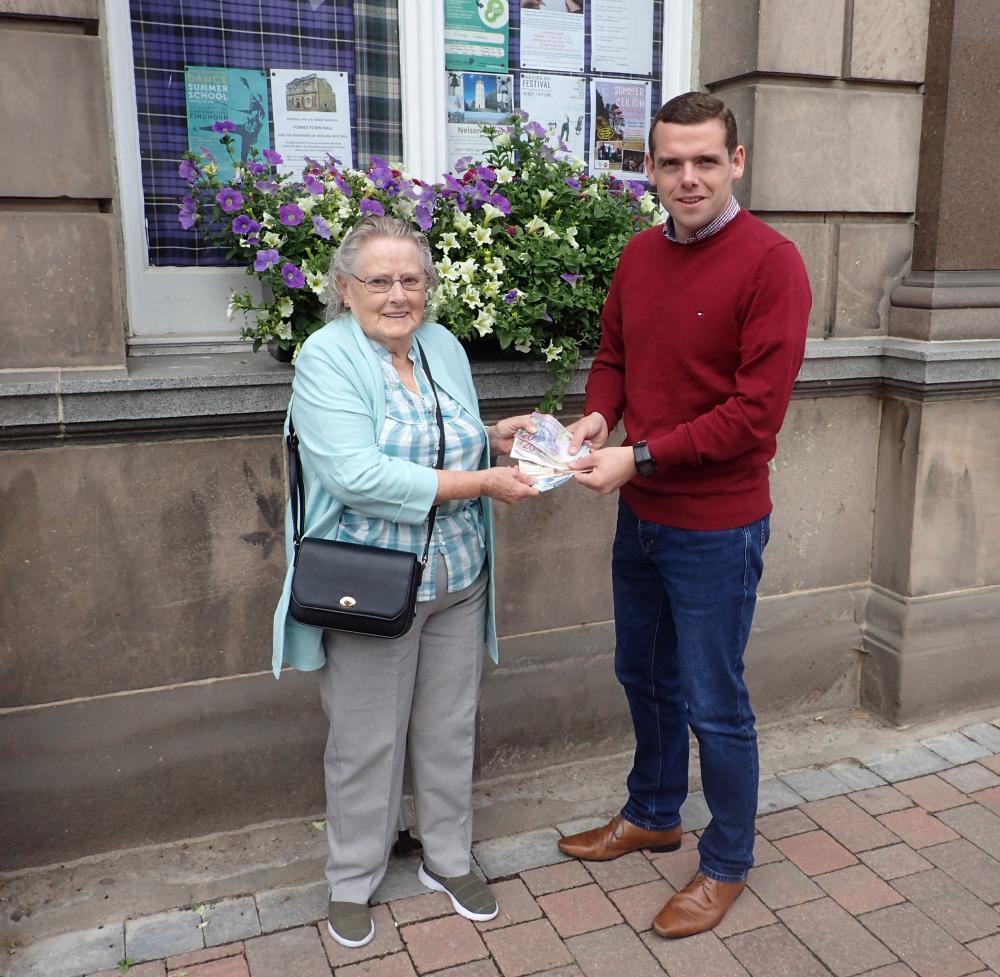 Forres OAP Group were delighted by a much needed cash boost this week when Moray MP Douglas Ross presented them with £194.

Mr Ross and his team fundraised for the group during the Toun Mercat last month.

As well as selling lucky squares to win a bottle of House of Commons whisky signed by Speaker John Bercow, Mr Ross and the team ran a human fruit machine. Passers by lined up for the chance to score a win by having three identical pieces of fruit pulled from a cardboard box simultaneously by three different people. Lucky winners got to pick a prize and all the money raised went towards the Forres OAP group.

Commenting the Moray MP said, “We had a really fantastic evening at the Toun Mercat and I would like to thank not just everyone that helped us raise the money by visiting our stall, but also the organisers of the event, for all their hard work which makes it a popular event. I’m delighted that we were able to raise this money for such a good cause.”

Moira Tulloch who is President of the Forres OAPs group which meets every Wednesday afternoon at Forres Town Hall said she was delighted with the money.

She said, “This is a very welcome boost to our funds. We always try and organise something for the group every week, whether it be a talk or bingo, because it is quite expensive to get entertainment to come to the hall, so this money will go towards that. We are very grateful to Douglas for thinking of us.”