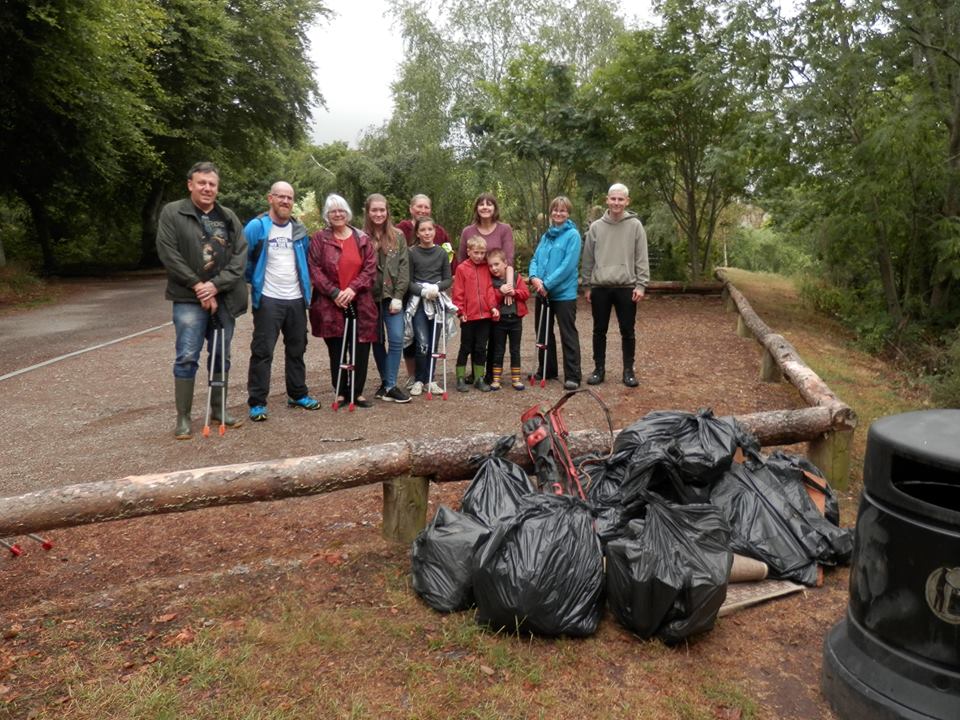 Local artist and Fochabers resident, Teri Sherman, is harnessing the power of social media in an effort to ensure her local town remains a beautiful place to live, work and visit.

Teri created a public Facebook group called ‘Bag It and Bin It – Fochabers’ and organised her first litter pick on Thursday where a 12-strong group of volunteers showed up to support the initiative.

The volunteers spent the afternoon cleaning up the streets of the Moray village with Teri’s husband, Peter heading into the local burn to remove rubbish and prevent it being washed in to the Moray Firth.

Teri said, “It was a spur of the moment thing.  Several people on Facebook in the village wanted to tidy up rubbish deposits, myself and husband Peter Sherman included, so I just went and made the group on Facebook, suggested a day and time, and people just joined in willingly.”

In just an hour and a half, the hard-working group had collected over eight black bin bags full of rubbish. Moray Council who supplied black bags for the initiative also collected the waste at the end of the litter collection.

A local resident said, “Teri says she didn’t do this for publicity, or to inspire anyone, and that it ‘just happened’ but public spiritedness like this should always be applauded and shared. In a time where it’s all so easy to sit back and complain, it’s heartening to hear stories where local people come together to make a difference, so well done and thank you.”

The ‘not so’ dirty dozen were Fochabers residents, Kate Reid with her two children, Denice Law, Sylvia Reid, Colin and Findlay McCauley, Davina Marshall and her two children, organiser Teri Sherman and her husband, Peter.