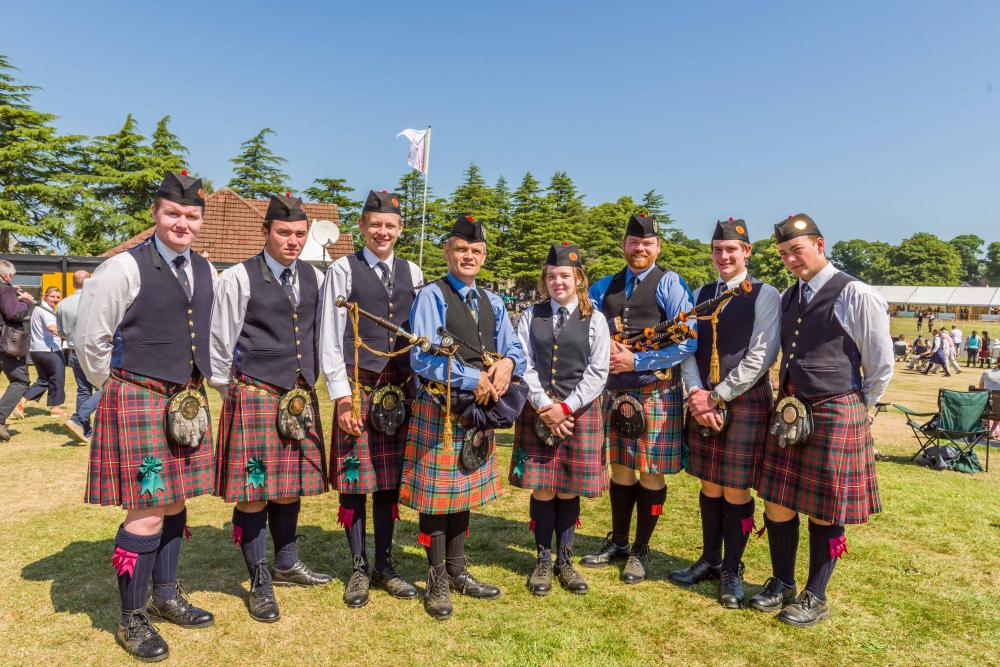 The Scottish born pipe major of an Australian band returned home bringing his musicians with him to compete in a world class piping competition.

Sandy Dalziel who was stationed at RAF Kinloss emigrated to Warwick in Queensland in 2005 when he left the airbase situated near to the Moray town of Forres.

However, the 53-year-old came home to the town on Saturday to take part in Piping At Forres, the European Pipe Band Championships bringing his 25-strong entourage with him.

Sandy whose wife Elaine hails from the town said it was important for them to return particularly as this is the last time Piping At Forres will take place.

He said: Since we left in 2005, we have only been back once. This is our first time at Piping At Forres. We always had a plan to come at some point but it’s fitting to be here at the last one. Bringing these young people here is pretty monumental.

“I am originally from Stranraer and the pipe band I played with there, the Lochryan Pipe Band competed here today too. They leant us two young players and in return, I got the chance to play with them again. Being here, in Forres, near Raf Kinloss where I was based, in the town I met my wife, with my original pipe band, somehow completes the circle.”

Elaine, Sandy’s wife said she was glad to be back for a visit: “We were treated to a homecoming party with a BBQ and I have met three new great nieces and nephews for the first time. It’s a bit strange being back. Warwick is very similar in size to Forres and the community there works in the same way as Forres. It’s been great being able to catch up with my family and some old friends.”