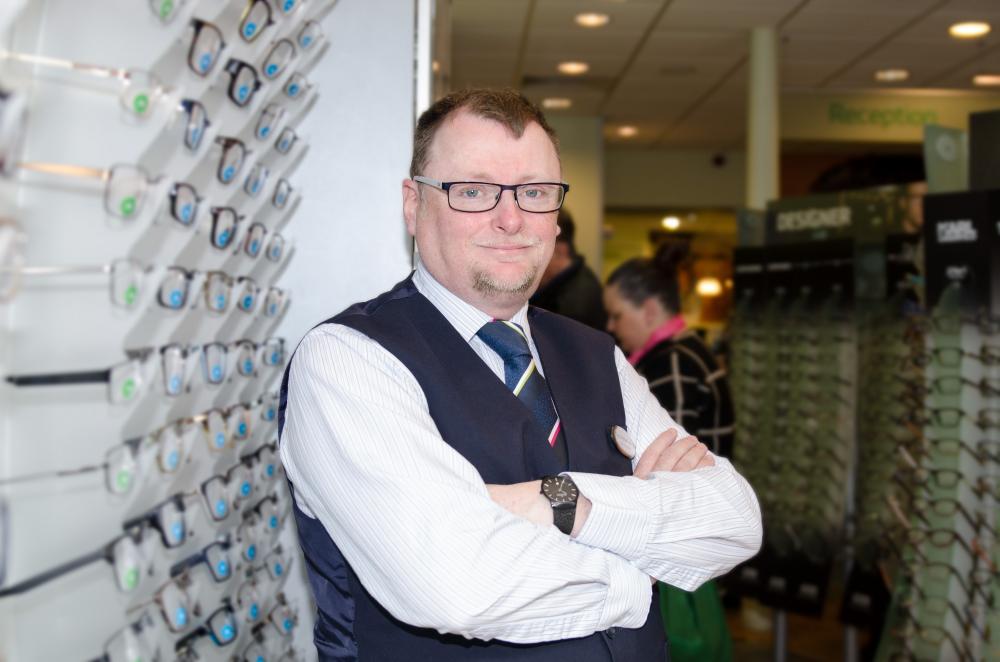 The Specsavers store in Elgin have been donating £1 per sight test this week, as part of a charity fundraising week in honour of Specsavers director, Tom Simpson, who sadly died in March 2018 after battling lung cancer.

In a fitting tribute to their former colleague who worked with the high street opticians for more than 19 years, stores across the country have signed up to the fundraising event which will also see donations from specs repairs, bake sales and sponsored activities all going to the worthy charity.

Following an initial 12-month prognosis, Tom, from Stonehaven, fought lung cancer for more than four years with the support of his wife Jan, and two children, Camille (15) and Blake (11).

Determined to make each day count, Tom worked tirelessly to raise awareness for Roy Castle Lung Cancer Foundation while highlighting the lack of funding available to investigate and treat the disease.

To celebrate Tom’s life and carry on his legacy as a spokesperson for the Foundation Specsavers staff have pledged to continue his good work while boosting funds for the UK’s only charity wholly dedicated to beating lung cancer.

‘Tom was truly inspiring in everything that he did. He took his story and message all the way to the European Parliament, working with Lung Cancer Europe (LUCE), in a bid to ensure more people survive the disease which is why we feel Tom’s Week is a fitting tribute.

‘We want to continue the incredible work Tom began by using our platform as a company to raise awareness and funds for a lung cancer charity which was very close to Tom’s heart.’

Paula Chadwick, chief executive of Roy Castle Lung Cancer Foundation, continued: ‘Tom’s attitude towards his career and personal life was an inspiration to all.

‘We are delighted that Specsavers has chosen to work with Roy Castle Lung Cancer Foundation as every penny raised will help improve the lives of others living with lung cancer.