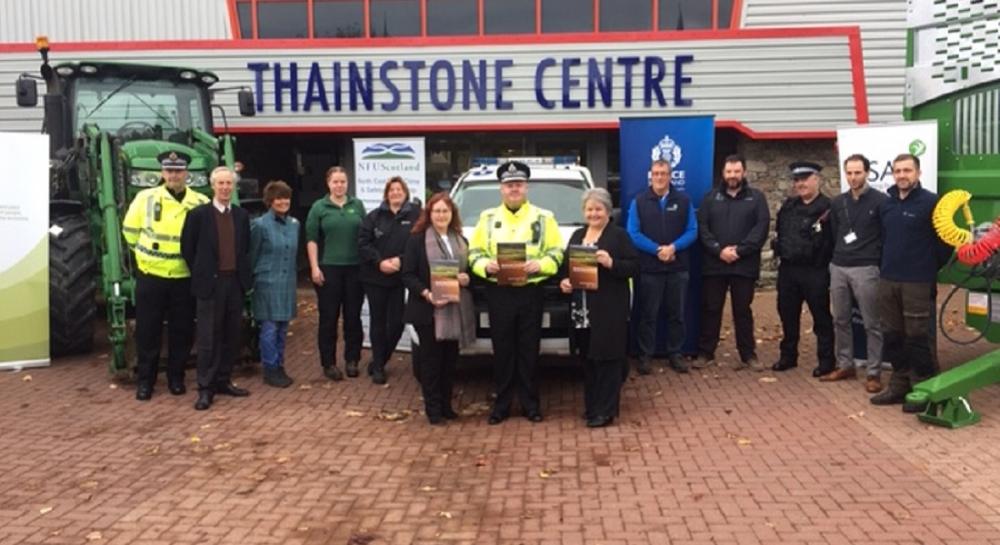 A new partnership dedicated to tackling rural crime in the North East and improving safety in remote communities has been launched.

The North East Scotland Rural Crime & Safety Partnership is made up more than 20 partners involved in rural affairs. They have pledged a commitment to sharing their knowledge, experience and expertise to tackle the issues that most impact rural and remote areas and the people who live and work in them.

The partnership will also supply ongoing feedback on the delivery of a new rural crime and safety strategy – which was also launched yesterday – to ensure the region remains one of the safest places in Scotland.

T/Superintendent Murray Main from Police Scotland’s North East Division, and chair of the new Partnership, said: “There are many benefits to living, working and investing in the North East and we should be justifiably proud of our rural and beautiful countryside and coastal areas.

“I am also glad that the North East is one of the safest areas of the United Kingdom however we know that the impact of crime is often greater on victims in rural areas due to their remote and isolated locations, making them feel more vulnerable and concerned. This is why we need to work with partners, residents and businesses to keep people safe and ensure property is protected.

“It is important we collectively listen, understand and respond to what matters the most to our communities whether they are city, urban, rural or remote.  The standard of policing for example cannot and will not be defined by location but must be agile enough to adapt to different locations.

“Moving forward our strategy will detail the prevention, intelligence, enforcement and reassurance measures we can take collectively to reduce crime by all the partners sharing their knowledge, experience and resources. There are still too many serious incidents on our road networks and we need to work closer with rural communities to tackle issues like agricultural safety, acquisitive crime and livestock worrying.

“I am very proud and pleased to be launching this partnership – by working together we can protect the most vulnerable and work hard to help those in rural communities who need additional support.”