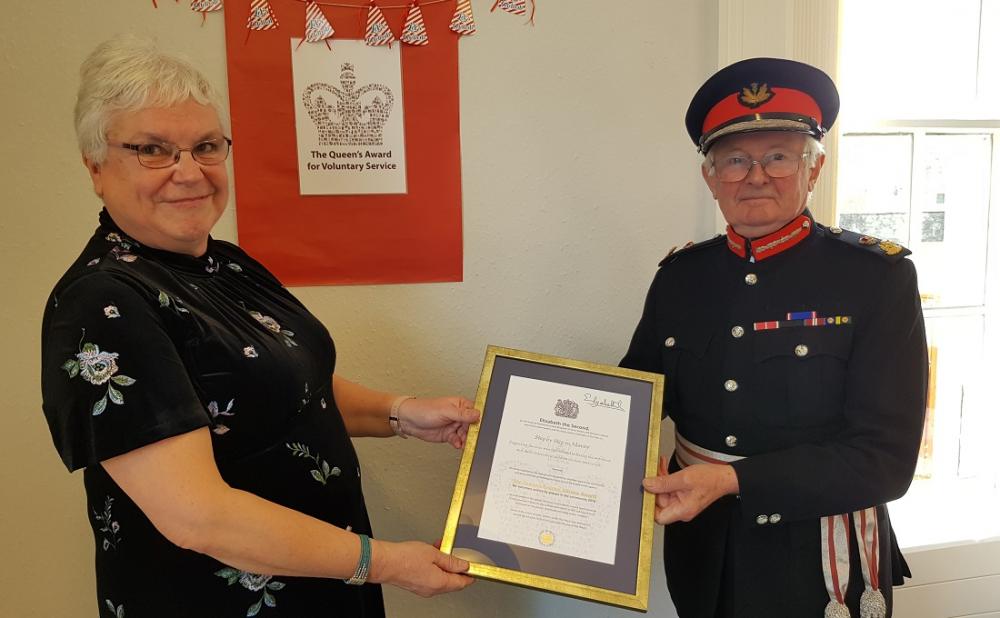 Step by Step celebrated receiving the prestigious Queen’s Award for Voluntary Service, often described as “the group equivalent of an MBE”.

This year was a phenomenal one for charities across Moray, with an unprecedented four groups named in the award announcements in June. The deserving winners of the Queen’s Award 2018, which is the highest award given to volunteer groups across the UK, included:

“We were delighted to receive the Queens Award for Voluntary Service,” says Project Manager Frances Powell. “This prestigious award recognises exceptional work done by volunteer groups in their community, and it is wonderful to see the work of Step by Step recognised in this way.

“Our founder Anne Attenburrow accepted the certificate and crystal from the Queen’s representative, the Lord Lieutenant of Moray Lt Col Grenville Johnston. The presentation was followed by a celebration lunch with trustees, staff and volunteers, several of whom have been contributing to our work with families since we began 10 years ago. Sincere thanks and appreciations go to everyone.”

More information about Step by Step can be found on www.stepsmoray.org