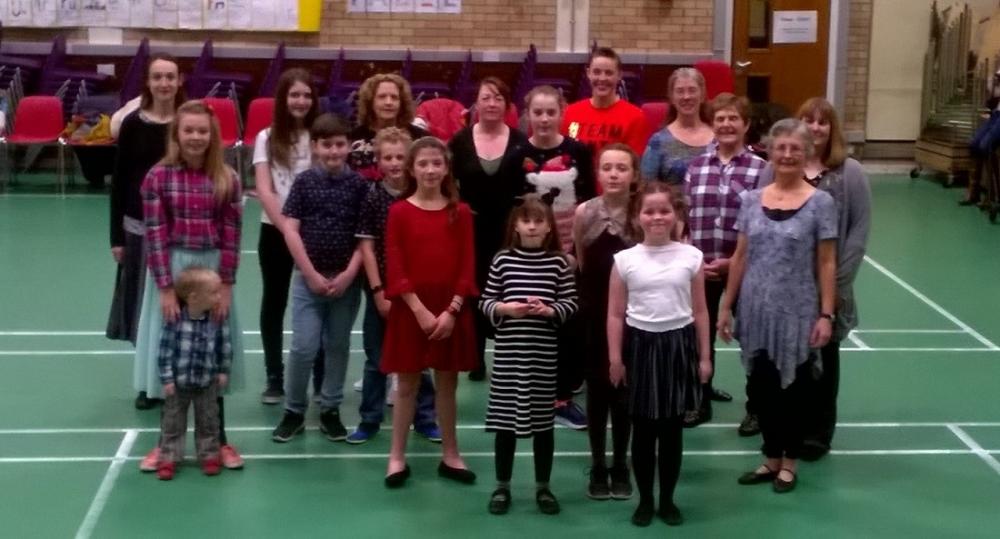 Speyside Scottish country dancing classes are due to resume tonight, Monday 14 January, in Aberlour, after a well-deserved winter break.

The classes are run by volunteers Bill and Rosemary Legge on behalf of the Banffshire branch of the Royal Scottish Country Dance Society, and are aimed at children aged P5 and over, teenagers and adults. The charge is a modest £1 per person per class, that helps cover costs.

“We had been teaching Scottish Country Dancing in Knockando and Craigellachie schools”, say Bill and Rosemary, “and knew there were children and adults who would like to come to an evening class.

“We took posters and flyers around all our local primary schools, put up posters around the area and advertised the class widely. As a result, we have had people of all ages attending from around the area when we started the new class in October, which was set up as a family class, where older children and adults can learn together.”

The class is held on a Monday evening, 7.30-8.30pm in the Auditorium of Speyside Sports and Community Centre which is part of Speyside High school.

“The facilities are good and the time is just right for adults who need to get home from work and children who need to get up for school next day” Bill says. “We find an hour is long enough.  Everyone feels they have had plenty of exercise by the end of the hour.

“We have also set up a Facebook page for the class. This is useful for publicizing information and for showing short videos to demonstrate what we are learning.”

“The first week we had 14 people”, adds Rosemary, “and over the subsequent weeks more new people came along.  The first term had an average of 20 people attending each week which is a good number to work with because they are mostly beginners and need more personal tuition than experienced dancers would.

“We learnt 11 easy dances which included a few basic formations and progressions. The term ended with a Christmas party when class members invited family and friends to join us.  The class members were given the opportunity to choose their favourite dances and it turned out that all the dances got votes so we danced 8 of them and the girls did a demonstration of 2 more.  We all brought some food and had an interval with refreshments which allowed us time to get to know each other better.

“Several people have expressed a wish to join the class when we start back in January and we look forward to welcoming them and integrating them into the class.”

More information is available on https://www.facebook.com/SpeysideSCD/ or by emailing speysidescd@gmail.com