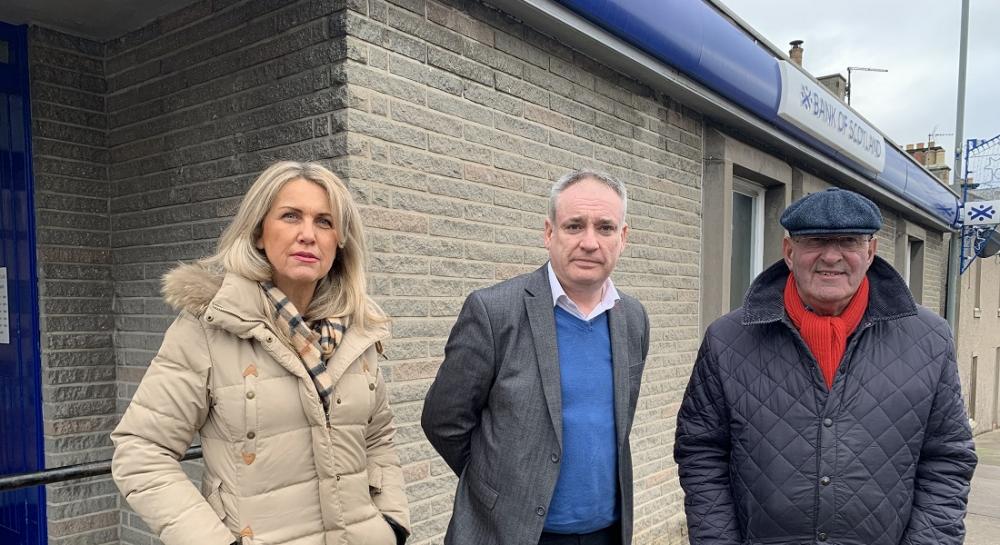 Lloyd’s Banking Group confirmed last week, in a letter to Moray MSP Richard Lochhead MSP, that it has decided to press ahead with the closure of its Lossiemouth and Keith branches, despite strong public opposition.

Mr Lochhead said: “The bank’s decision to press ahead with the closure of branches in Lossiemouth and Keith is a huge blow to our local communities – particularly in Lossiemouth where the last bank in the town is being closed. I don’t expect our communities to take this news lying down given the strength of feeling and given the impact on customers and local economy.

“It is now incumbent on the UK Government – who has responsibility for banking – to intervene and to take action particularly in Lossiemouth to prevent the closure of the last remaining branch in the community.

“I will be discussing next steps in the campaign with our local communities and will continue to support them in any way I can to save their banks.

“It is of course ironic that the public bailed out these banks at their time of need and yet they refuse to return that support to our communities IN Moray with forty per cent of our high street branches being lost in Moray in recent years.”

The  closures are set to go ahead despite a spirited community fight to prevent them, as reported by insideMORAY.

The fight has so far included: a meeting between community and senior bank representatives from Lloyds Banking Group, the parent company of the Bank of Scotland; public meetings chaired by Moray MP Douglas Ross; a petition launched by Richard Lochhead and Councillor Theresa Coull; and an intervention by Defence Secretary Gavin Williamson, who called on the Bank of Scotland to reverse its plans to close the Lossiemouth branch – the last bank in the town – in the light of the massive investment in RAF Lossiemouth which will generate greater demand for local banking services.