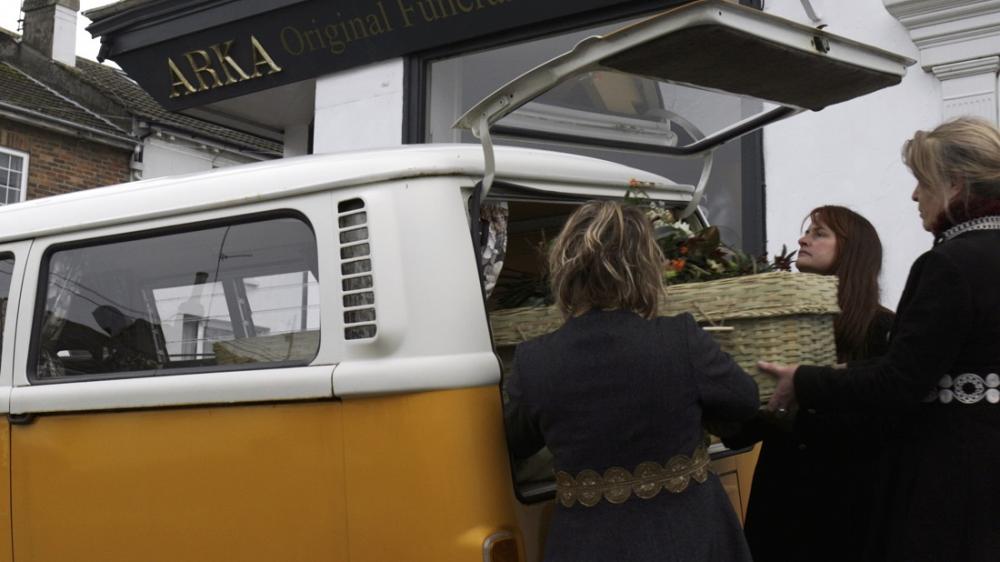 A Moray-based charity raising awareness about looking after a deceased loved one at home is heading to the Glasgow Film Festival.

Pushing Up The Daisies, which supports people all over Scotland, has joined forces with the director of Dead Good, a thought-provoking and life-affirming film which follows three groups of people as they participate in the ritual of care after death.

Guests will be invited to watch the film and can also join the documentary director Rehana Rose and volunteers from Pushing Up The Daisies to discuss the option of keeping someone at home for a few days after their death, as well as many of the other choices and ideas that the documentary explores.

The charity will bring along its “Death Kit” with the items that are required to look after a loved one after they die and provide a catalyst for opening up discussion on the subject.

Kate, who travels the country raising awareness about what people can do for themselves after a loved one dies and who has built up a network of like-minded people across Scotland, said: “This is a great opportunity for people to see the documentary which is simply beautiful and discuss the possibility of looking after a loved one at home after they die.

“The film couldn’t be a better illustration of our message. Our organisation is all about letting people know that they have options once a loved one dies and that they don’t have to necessarily go down what has become the common route of handing their loved one over to a funeral director.”

She added: “Historically it was the norm to look after a loved one at home after they had died until the funeral. What we are doing within the charity is educating people on how this ritual can be brought back and, with support, how wholesome it can be.

“Funeral poverty is also a hot topic at the moment. Funerals are getting more expensive and more and more people are getting into financial trouble. One way to avoid this is to explore the option of family and friends doing more, or taking time to get a good deal from a funeral director – this usually begins with confidence in looking after someone’s body at home, even for a few days.”

Rehana Rose said she was delighted to have the support of Pushing Up The Daisies, a charity she came across while researching her film project, and explained the starting point for the documentary was very personal.

“Over a three-year period, three people very close to me died, first and foremost my mother whose funeral I had to arrange. In short succession, I was involved with three very different funerals and realised how little we know about our rights and choices around death, mourning and celebrating the life of a loved one.

“This documentary, while gentle in its storytelling, is a thought-provoking piece and will make a contribution to the growing debate on how we handle death, questioning societal assumptions.”

Tickets for the two screenings of Dead Good are available at https://glasgowfilm.org/shows/dead-good-pg or www.pushingupthedaisies.org.uk