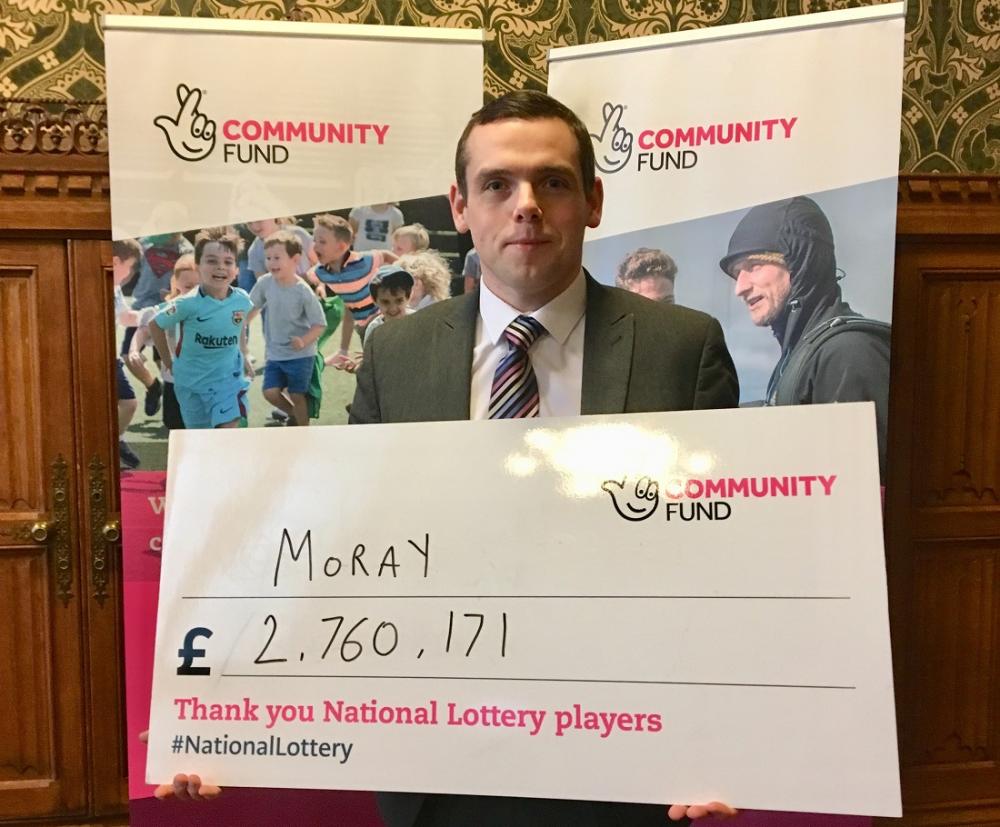 £2,760,171. That’s how much Moray projects have ‘won’ from the National Lottery in Scotland over the past five years.

The National Lottery Community Fund, possibly better known to some of our readers by its previous name of ‘The Big Lottery Fund’, is the largest funder of community activity in the UK. It distributes money raised by the National Lottery to thousands of organisations “to help communities make the changes they want to see, and better the lives of the people who live in them”.

Moray MP Douglas Ross, who attended a recent drop-in event at Westminster, has welcomed continued support from the National Lottery in Scotland which has seen more than 129 local projects benefit from £2.7 million of funding over the past five years in Moray.

Commenting after meeting with lottery funding officers, Mr Ross said: “I’m delighted that The National Lottery Community Fund has rewarded so many groups in Moray. Each one of these awards will have made a significant difference to the groups who received funding for their worthwhile projects.

“I know that among those to benefit from the scheme in the past five years were the Ladybird Developmental Group, Forres Area Community Trust and Miltonduff pre-school group, each of them having received varying amounts which enable them to operate and enhance important community-led projects.

“These groups all play a significant part in their local communities and I know that this funding boost would have made a real difference as the awards are made.  Not only that, but the money is helping the wider communities via the projects it funded.”

Cath Logan, Public Affairs spokesperson for the National Lottery Community Fund in Scotland said: “Our approach to grant-making focuses on the skills, assets and energy that people bring, and the potential in their ideas. We passionately believe that communities thrive when people are in the lead.”

More information about The National Lottery Community Fund in Scotland is available on https://www.tnlcommunityfund.org.uk/funding/programmes?location=scotland

More information on tsiMORAY’s advice and support services is available at https://www.tsimoray.org.uk/advice-support