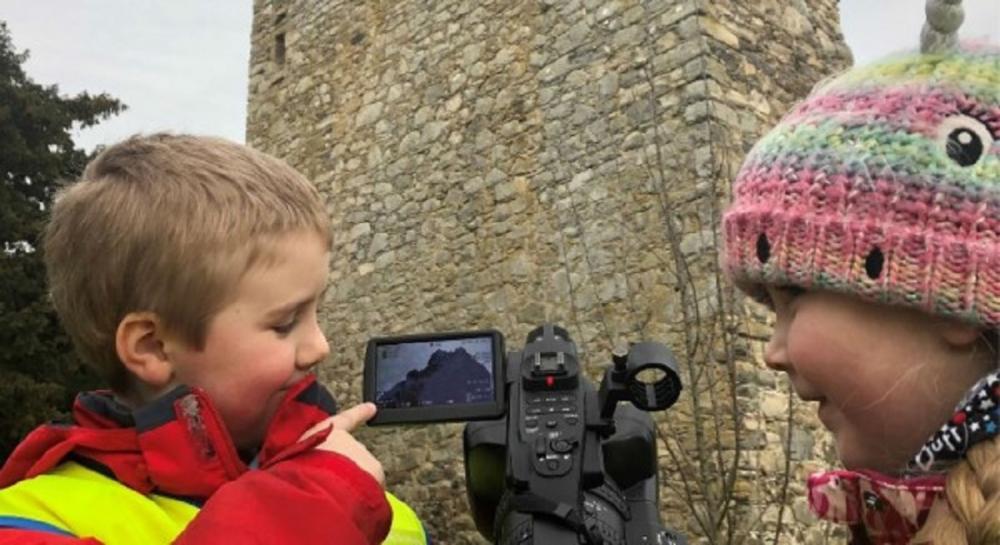 In a press release produced with their teacher, primary school children have announced that they are using a remote 14th Century Scottish castle to screen a 21st Century film they’ve created.

Glenlivet Primary and Tomintoul School have been working with artists to learn new creative skills using film and sound. This is an Electrolabs project with Dave Martin, Steve Gasgarth and Graeme Roger (Wildbird). The children plan to project their work onto the walls of ancient Drumin Castle, Glenlivet, later this month.

Funding for the project has come from Heritage Lottery as part of a wider bid to develop the children’s local area. The schools have also been supported by the Tomintoul and Glenlivet Landscape Partnership (TGLP) and Crown Estate Scotland.

The project has enabled pupils to develop a variety of skills across the curriculum. They have found out more about their local area and had the opportunity to use high-tech equipment to create a film showcasing their work.

Pupils from each school have been exploring their local heritage and environment. With this backdrop they have learnt and perfected new skills for composing, recording, filming and editing. This creative learning process has led to the planned film and sound installation at Drumin Castle next Monday, 25 March, at 7.15pm. All friends, families and community members are welcome to come and share the children’s learning.

Primary 5 pupil, Zac Irons, said: “I think it has improved our technology skills and it has been a fun and exciting project.”

Primary 6 pupil, Ella Riches, said: “It has been a fabulous project! We have learnt new skills which we didn’t know before and we can use these skills for other things. It has been great because we have all had a turn of working on a different part of the film.”

Katelyn McIntosh, P4, said: “With the artists we learned what a tough life the trainee priests had at the Scalan.”