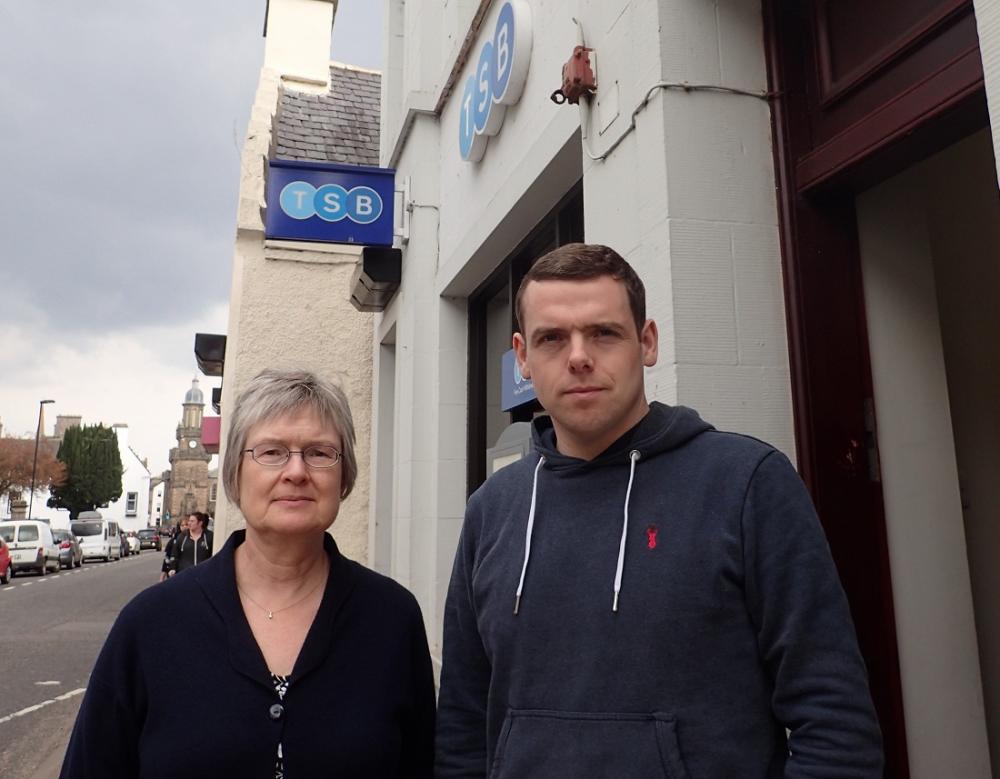 The worrying trend of bank closures and service reductions in Moray looks set to continue, with recent announcement by the TSB of their intention to close their Keith branch and operate a reduced service from their Forres branch.

Moray elected representatives are united in their calls for the UK Government to do more to protect communities from bank closures and service reductions.

Moray MP Douglas Ross said: “This is yet another blow for Keith just months after Bank of Scotland announced they were closing their branch in the town, TSB have followed suit.

“I’m extremely disappointed that customers won’t be informed about this until after Easter.  It seems like other banks, TSB care little about customer care given the decision to close this branch and the shoddy way they are conveying this information to their customers.

“I’ve been told that 30% of TSB customers in Keith are aged 65 and over and this is a group that are less likely to use alternative banking methods and will be disproportionately affected by the closure.

“For both individual and business customers in the town this is a highly regrettable move by TSB and once again we see banks taking communities in Moray for granted. In the space of just a few months, Keith will go from having three banks to only one.

“I continue to raise the impact of bank closures with UK Government ministers as I believe they have to do more to protect banks in areas such as Moray and other parts of Scotland and the UK.

“But the banks also have to step up and meet the needs of their customers. They should have a moral obligation to provide services in local communities. Instead they are closing a branch with no consultation and little consideration for their customers while expecting them to bank at different locations – sometimes a considerable distance away – or move to online banking which is not suitable or acceptable for every customer.”

Moray MSP Richard Lochhead has also repeated his previous calls for the UK Government to act to prevent the loss of banking services in rural communities.

“TSB’s plans to close its Keith branch will come as a bitter blow to customers and local businesses, who now face a 20 mile round trip to their nearest branch”, he said.

“I’ve written to the Executive Chairman expressing my dismay at this decision and seeking an urgent meeting over the bank’s plans for its Keith branch.

“Rural communities in Moray being abandoned by the banks, which is having a big effect on those who rely on access to face-to-face banking, including businesses who are at the heart of towns like Keith.  And sadly the most vulnerable people will once again be the ones worst affected – many of whom are unable to travel to access services elsewhere.

“Moray has had more than its fair share of rural bank closures and closures at this rate cannot continue.  As I’ve said before, people in Moray need the UK Government to step up and take action to save rural banking services, before we end up with a situation where the only branches left locally are in Elgin.”

Commenting on TSB’s plans to reduce the Forres branch opening hours to three days per week, local Councillor Claire Feaver said: “We have already lost the Clydesdale and RBS. And now this announcement. We are rightly proud of our High Street but we must make every effort to persuade the remaining banks not to reduce their service further otherwise we could see a significant decline in footfall.”