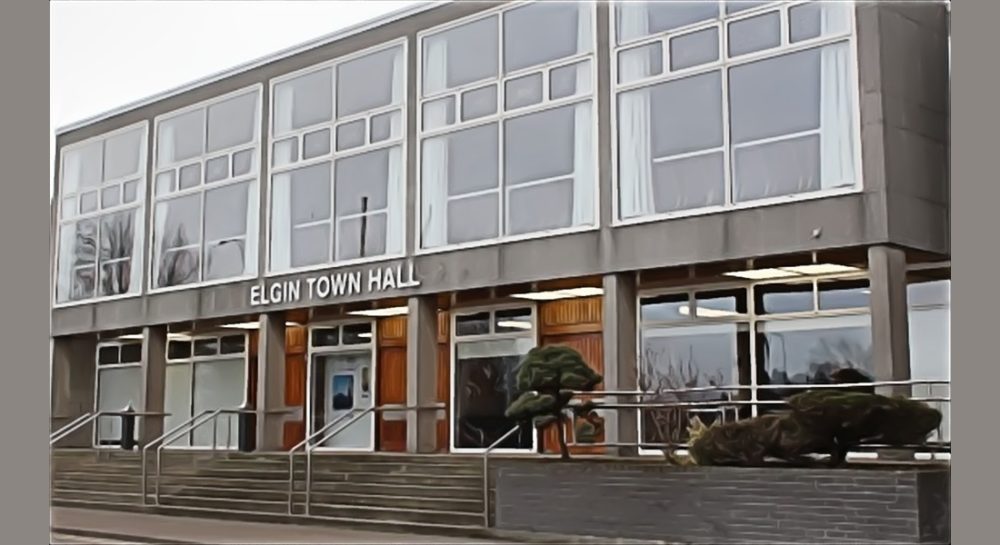 Six people have been charged with drug offences at Elgin Town Hall following a weekend of Police activity in the Moray area to tackle the use, sale and supply of illegal substances as well as preventing the violence and anti-social behaviour that can often come with such crime.

On Saturday, officers from the Divisional Alcohol & Violence Reduction Unit (DAVRU) along with members of the Elgin Community Policing Team and specialist drugs detection dog and handler attended DECODED at Elgin Town Hall. They were joined by partners including the NHS, Arrows Drug & Alcohol Counselling, and the Street Pastors to support the organisers and around 300 attendees.

During the evening six people – two women and four men aged between 18 and 37 – were charged with being in possession of controlled drugs.  Enquiries are also continuing after items suspected to be controlled drugs were removed from four other individuals.

Sergeant Scott Brander from the DAVRU said: “A lot of hard work goes into organising events like this and we want to support organisers in ensuring they pass safely and with minimal disturbance to the surrounding community. By no means do we want to spoil anyone’s fun however it’s crucial that the small minority who choose to break the law and potentially ruin the night for others know that they will not get away with it. Reports will be sent to the Procurator Fiscal in due course.

“I would like to thank the organisers for working alongside us so positively on Saturday night however particular thanks goes to our partners for their support and assistance. Being together on-site allows us to collectively help and support those who might need it there and then, but it also provides us with an opportunity to engage, educate and signpost those who might be in need of additional or longer term care and support.”

In a statement released on Wednesday, Elgin Town Hall for the Community Ltd also expressed their thanks to all those who were involved in making last Saturday’s event a success: “As a community venue we will work hard to maintain a zero tolerance of anti-social activity. Our vision is to create a sustainable, professional, community led, cultural hub that is highly regarded by the community.

“Saturday’s arrests should send a message that drug use will not be tolerated.”

Donnie Squair, Elgin Town Hall events coordinator, summed up the group’s position in his recent comments: “We want to say thank you to the police and the security for their presence to make sure that events run safely; these arrests show they are doing the job well and are protecting the public.

“Elgin Town Hall is a completely drug-free zone; this is our intention as we want it to be a safe environment for our staff and community and welcoming for everyone.”

As a community run venue, Elgin Town Hall relies on the support of the people of Moray, and the group expressed disappointment that a small number of individuals seemed to be working against what they are trying to achieve.  The group was grateful to all those who left comments on the Facebook page supporting their work.

The group also invited anyone wanting to follow the development of the project to get more information from their community Facebook page at https://www.facebook.com/Elgintownhall/ or from their website at www.elgintownhall.co.uk.