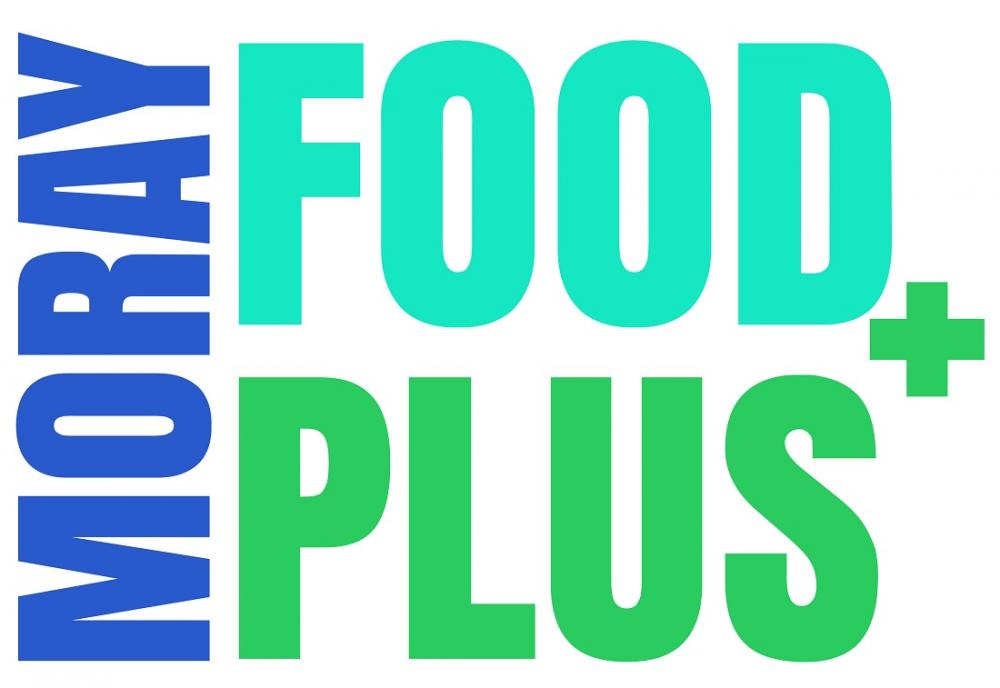 Moray Foodbank is changing to Moray Food Plus with new branding which will begin popping up across the county.

Project manager, Mairi McCallum explains: “Many people are too embarrassed to come to the food bank for help and there can be a real stigma around using our service. We feel that the change away from Moray Foodbank to Moray Food Plus removes the negative connotations around crisis food support and we hope will encourage more people to access the help they need.”

Chair Kathy Ross continues: “During the past two years services at Moray Food Plus have grown and we no longer provide just emergency food provision. We have a thriving food recovery project where last year almost 17 tonnes of surplus food that would have gone to waste was redistributed to community groups. We also have lots of cooking activities, holiday clubs, a lunch club and have now begun to develop several growing sites working with groups to grow their own veg some of which will be used for community meals. We feel the change of name is more reflective of what we do and highlights the good work being carried out in the community”.

People can still access crisis food support in the same way as before and any referral received before 11.30am will be dealt with the same day. Church and community groups who collect donations will be contacted with new promotional material which will also be distributed across Moray.

The change of name follows the group’s busiest ever year, with demand for food parcels increasing by 45% during 2018/19, while the number of people supported went up by 55%.

Commenting at the time last year’s figures were first released, Moray MSP Richard Lochhead said: “The stark increase in the number of people being referred to Moray’s foodbank brings into sharp focus the devastating impact the UK Government’s welfare cuts are having on people in our local communities.

“The reality of cuts to welfare is that in Moray alone, we’re seeing an astonishing £13m a year being taken out of the pockets of families locally. These cuts are taking cash away from local families and pushing them to the point where they’re are skipping meals and having to rely on foodbanks to feed their children.

“Behind these heart-breaking figures are people and families in our communities who are being let down by a system that is supposed to support them – instead it is forcing them into poverty.

“The staff and volunteers at Moray Foodbank do a power of work to support people in our communities and deserve a huge amount of credit – as do the public who make donations.”

Contact details remain the same and all emails will be forwarded to new addresses; the website has been redesigned and can be found at www.morayfoodplus.org.uk.