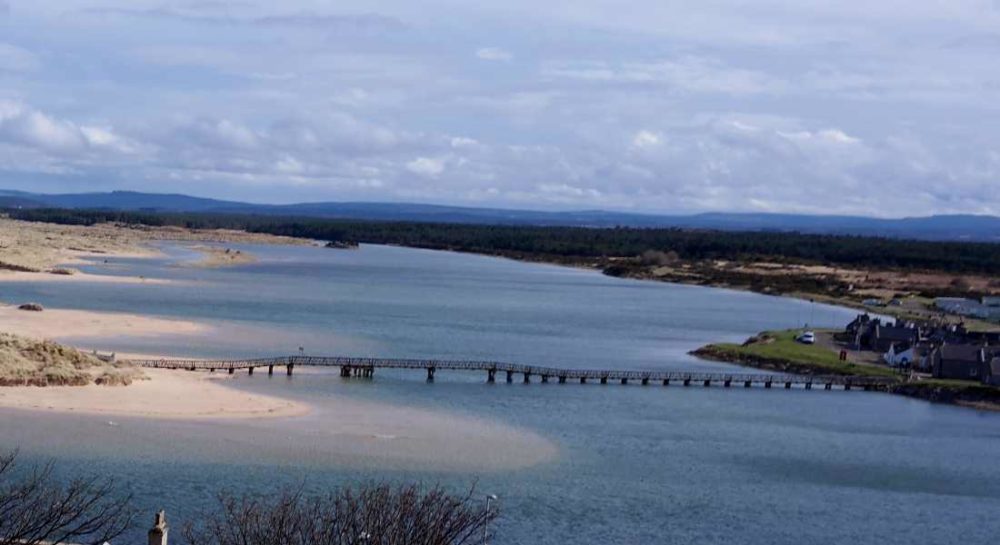 The footbridge joining Lossiemouth to the East Beach is to close with immediate effect.

Following concerns raised with Moray Council by members of the public, structural engineers were dispatched this afternoon (24 July) to inspect the bridge. The decision has been taken to close the bridge as it deemed to be unsafe for continued use at this time. Small controlled groups can use the bridge to leave the beach while the beach empties.

The bridge had a survey commissioned by Lossiemouth Community Development Trust in 2017. At that time it was deemed to be “generally structurally sound” with the advice that “significant works will need to be carried out to ensure this remains the case”.

A spokesperson for Moray Council said: “The nice weather this week has understandably led to more people visiting the East Beach. Unfortunately, the sheer volume of people crossing the bridge has led to deterioration significant enough to warrant closure of the bridge in the interests of public safety. While the bridge is not the property of Moray Council we have a responsibility to keep the public safe around such structures.”

Once the bridge is closed Moray Council will review future actions in light of our responsibilities.

The East Beach is still accessible via Kingston but members of the public should be aware that there will be no through path via the footbridge on or off the beach.