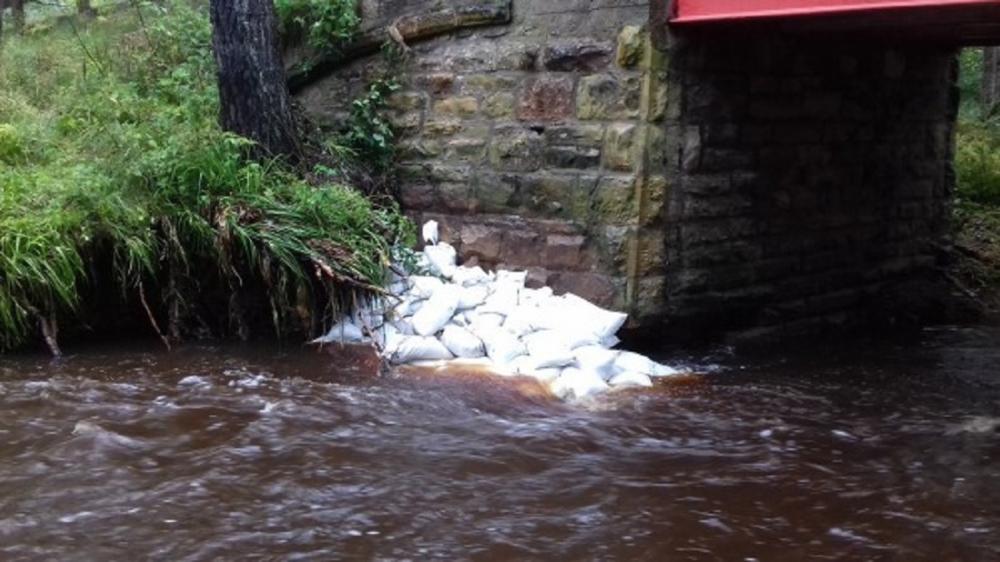 Moray Council has confirmed the emergency closure of the U14E Ordiequish Road at Delfur Bridge near the junction of B9103 Boat O’Brig until Sunday 15 September.

In a statement released last week, the Council said: “After intense rainfall we inspect our bridges, and the Delfur Bridge near Boat O’ Brig has shown significant erosion since its last inspection in September 2018. A number of masonry blocks have dislodged on the abutment – the structure on which the bridge sits.

“We’ve put down sandbags to add a layer of protection and reduce further deterioration, and we’ve installed traffic lights on the bridge to ensure drivers have to reduce their speed.”

The potential for a closure of the bridge was raised last Friday, at a time when two other roads in the area, the Ordiequish and Cairnty roads, were already closed due to landslips. That would have resulted in about 16 properties being left with no access at all.

The closure was averted at the time, and the original closure of the Ordiequiroad road has now been removed. However, the further deterioration of the bridge has resulted in the Council closing the bridge yesterday, Tuesday 13 August.

A map of the area showing the closure is shown below and downloadable from http://www.moray.gov.uk/newsroom/news.html#/documents/u14e-ordiequish-road-closure-89651 – please share this notice with anyone you know who lives in the area.