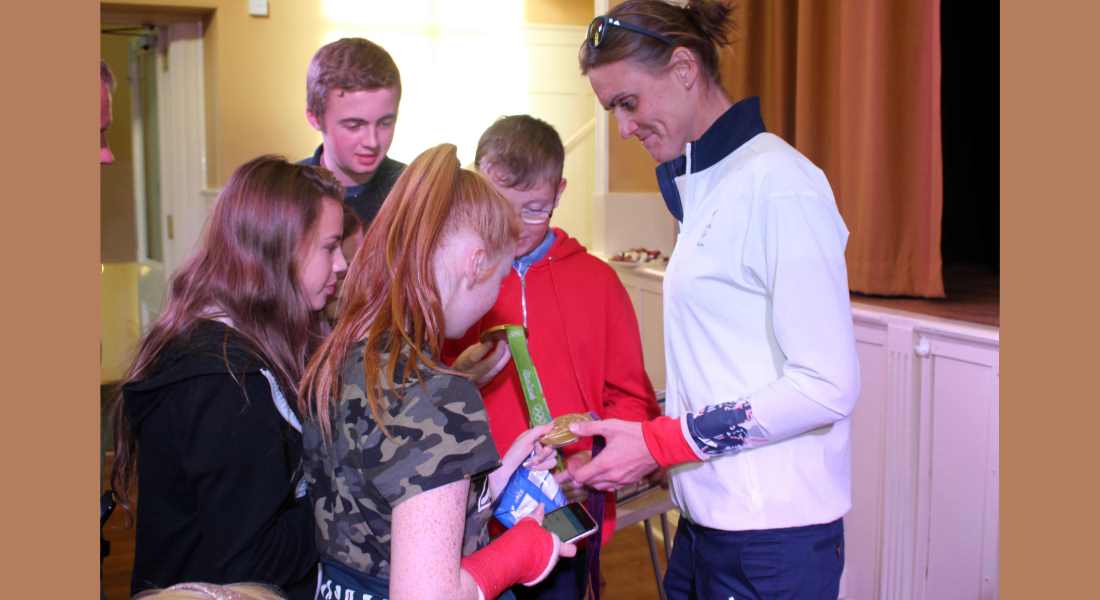 Olympic gold medallist Heather Stanning will return home at the end of the month to officially open the region’s newest sports facility.

And the double Olympic champion will also give visitors to the official opening of the Moray Sports Centre the chance to go head-to-head with her on a rowing machine.

The Moray Sports Centre opened to the public last month but Heather who hails from Lossiemouth will carry out the official opening of the facility on August 30.

She said she was excited to be returning to Moray for the opening of the multi-million-pound sports complex.

She said: “It’s an absolute honour to be asked to open the new Moray Sports Centre. It’s exciting to visit the centre for the first time. I’ve been following the progress as it’s been built and it’s great to be able to see the finished product.”

She added: “A centre like this is seriously important for the region. There are so few facilities like this in the north of Scotland, so for the residents of Moray to have it here on their doorstep is fantastic. I’m sure even after the excitement of having a new facility dies down, you’ll see it being used all year round, providing a space for sport, exercise and activity unlike what anyone locally has previously had.”

Ms Stanning, who clinched gold with Helen Glover at the London 2012 and Rio 2016 Games in the coxless pair, will also hold a question and answer session with pupils from local primary schools who have been invited along with other VIPs for the event.

Located in the south of Elgin, the charity-run Centre offers a multi-purpose hall with separate gyms, indoor cycling room, and numerous studios which house fitness and mindfulness classes such as yoga and Tai Chi.

Construction on the first phase of the £12 million hub began in May 2018 and fundraising for the next phases continues with covered tennis courts being the next development.

The Centre brings improved access to sports and gym facilities to the region which it is hoped will unlock a generation of sporting talent for the north of Scotland.

It is currently employing 40 people, but once complete, it is expected to create a total of 100 jobs.

Chief Executive Kathryn Evans said she was thrilled that Heather will be on hand to carry out the official opening and that she will give those willing a run for their money on the rowing machine.

“We are thrilled to be welcoming Heather home to the official opening of our state-of-the-art facility”, she said. “We have a fun-filled day planned and we are delighted that Heather will be able to spend time with us, meet our members and race those daring enough to take her on.”

Ms Evans added: “We are also pleased to be welcoming a number of pupils from local primary schools and have no doubt that the Q&A session that Heather will hold with the youngsters will inspire some sports stars of the future.”

The Moray Sports Centre which is being financed by the Moray Sports Foundation charity and secured a £250,000 grant from sportscotland, opened its doors on July 1 and now runs over 90 classes per week.

Gail Cleaver, Operation Manager said: “We are delighted with the numbers of members who have already joined us, and we are pleased to be working with so many businesses with corporate rates. We have a busy few months ahead and are working with major sports organisations to bring some key events to the region.”