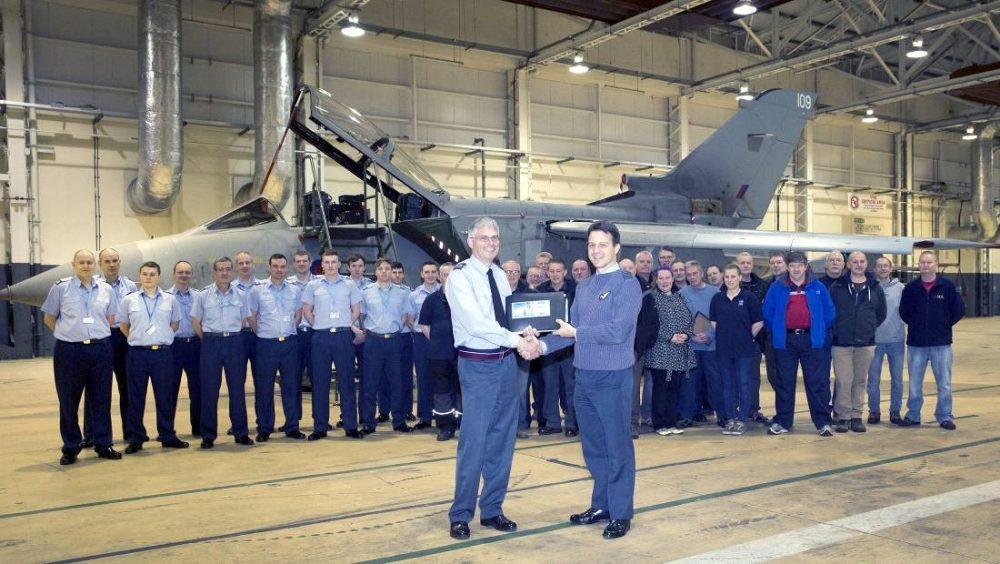 A LONG AND DISTINGUISHED career in the RAF draws to a close this week for a valued member of the Tornado Aircraft Support Flight TASF(N) at Lossiemouth this week.

Warrant Officer Chris Gransden will retire after 39years that saw him take up engineering posts with 617 (Dambusters) Squadron, II(AC) Squadron and maintenance management of the Nimrod MR4A at Kinloss.

It is his final posting as OC of the TASF(N) and the “fantastic team” he is leaving behind that has been the highlight of a career that began in 1977.

Soon to be ‘Mr’ Gransden said: “I’m extremely proud to have been the final OC of TASF(N). I’ve worked with a fantastic team of Service and civilian personnel to support various operations over the years.

“I think we’ve been an excellent example of how the whole force concept can work extremely well. We had a broad range of skills, knowledge – and ages in the Flight, but we maintained output standards, in terms of quality and turnaround time, that everyone here could be proud of.

“My whole RAF career has been great fun, there has always been something new and fresh and exciting to do. I have loved all the challenges and I have learned so much. But it’s the people that have made it good – a big thank you to all of them.”

WO Gransden, who now lives in Forres with his family, became well known during his RAF career for his love of adventure sports.

He gained a Duke of Edinburgh Expedition Supervisor qualification, passing on his enthusiasm and knowledge to the next generation – and he gained a reputation as a skilled cartoonist, something he plans to continue after leaving the RAF.