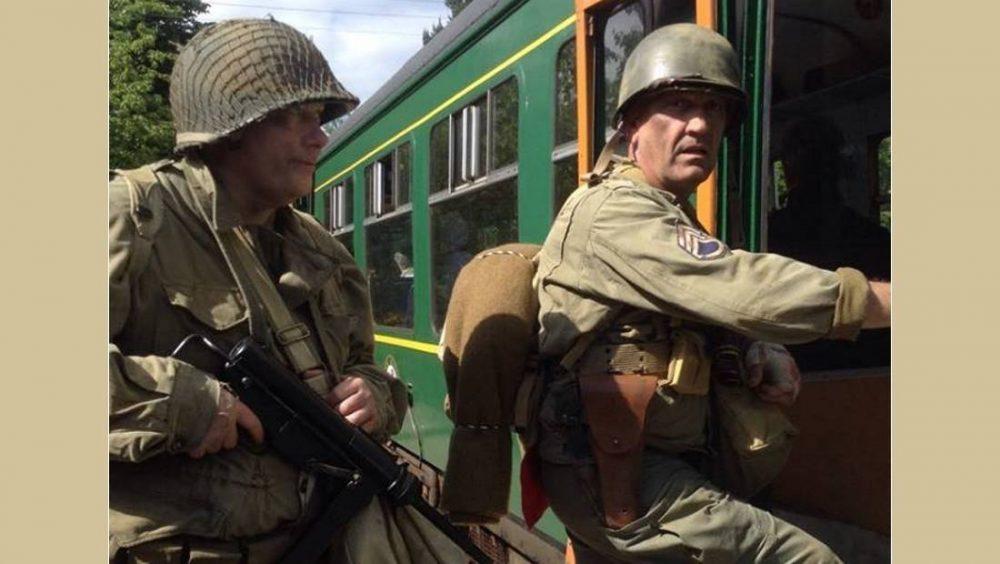 PEOPLE ARRIVING AT a Moray railways station could be forgiven for thinking they had entered a time machine at the weekend as military and civilians were dressed in 1940’s garb.

Dufftown and Keith Station platforms went Back to the Future for a day as the Keith and Dufftown Railway Association held their latest – and quite possibly best – 1940’s weekend.

Dozens turned out in the true ‘Blitz Spirit’, American army uniforms mixing with Highland soldiers with music blaring out to suit – causing many unwary passers-by to wonder of a follow-up to the recent Dads Army movie was being filmed in the Speyside town.

Among those taking part was Eddie Reed, who with friend Sam got right into the spirit of the event by dressing as two American soldiers in full kit and even bandages.

“We hope to be back next year and hopefully with a lot of our brothers and vehicles,” Eddie said promising an entirely new invasion of USA military power! He added: “That was a blast – thanks for having us.”

Organiser for the event was Nigel Bodiam who was himself a Desert Rat soldier for the day. He said: “It was all good fun – we had about 60 people helping in various ways to pull it all off so was quite an effort.

“We try to create everything in as much detail as possible and add some interest with military vehicles.”

Passengers found their identity cards being checked during the re-enactment while there was even a ‘German Spy’ mingling in their number who was ultimately apprehended!