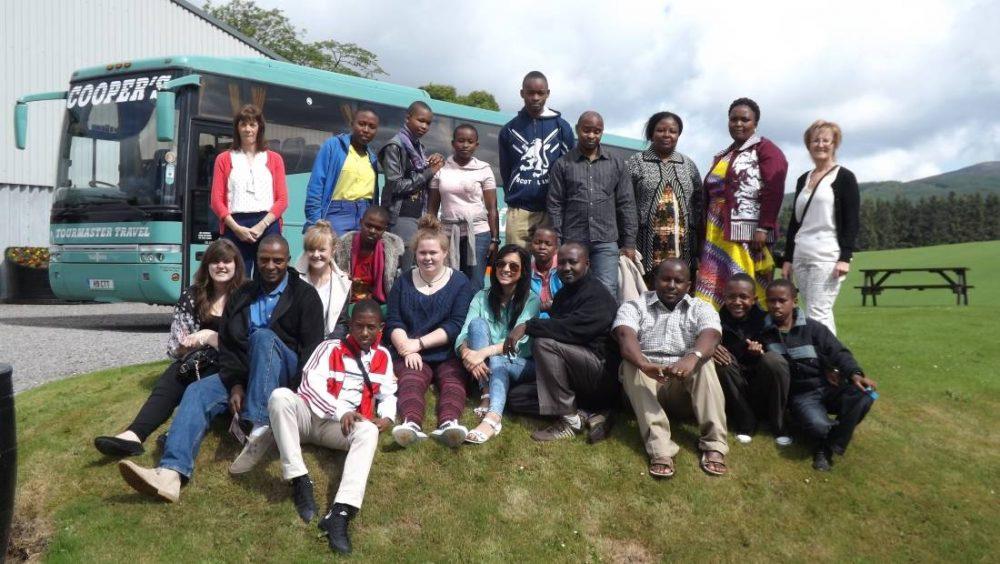 A GROUP OF BUCKIE Community High School pupils have signed up for the latest stage in the long running association with a Tanzanian community.

In all 16 pupils from the school have now joined the exchange programme – and are already raising their fundraising efforts to bring a group of Tanzanian students to Buckie.

Modern Studies and History teacher Dorothy Loveland told insideMoray that the pupils are raring to go on the school’s latest adventure in Africa – part of a link with the Mawenzi school that started after initial discussions took place in 1989.

The first exchange between the schools came about in May 1993 when two Buckie teachers visited Tanzania – since then there has been dozens more exchange visits in both directions.

Dorothy said: “We next leave for Tanzania in October 2017 and will spend just under a week exploring the culture and life in that country – we will then host the Tanzanians the following June in our own homes.

“When we are there we will be actively involved in the schools, teaching and helping the children to learn, visiting an orphanage where we will donate gifts – and, of course, we will be exploring the surroundings.

“For our last trip two years ago we managed to raise over £27,000 – so we have a very hard act to follow over the coming months. The more we raise the more Tanzanians we can bring over and let them experience life in Buckie, Moray and Scotland.”

Fundraising plans are being formed by the pupils and their families, with monthly events around the area beginning in August and including raffles, ceilidhs, bake sales and coffee mornings.

“There will be a lot more as the ideas form,” Dorothy said, adding: “We really hope that our community will once again get behind all our efforts and who knows, perhaps we can better that tremendous total the last time around.”