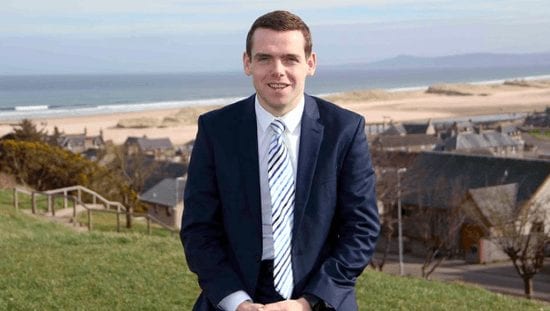 MINISTERS SHOULD COME to Moray and explain their controversial Named Person policy to constituents who continue to remain concerned over the Scottish Government plans.

That is the view of Scottish Conservative MSP Douglas Ross, who has repeated the call for a proper local discussion on the issue after his first request went unanswered in the Scottish Parliament.

Mr Ross spoke during the Named Persons debate at Holyrood and cited several Moray examples where the policy was causing concerns. He later intervened and asked the minister responsible, Mark MacDonald, to visit Moray and address concerns over what happens when teachers are named persons – but unavailable during the school holiday.

Mr Ross said: “Scottish Conservatives led this debate on Named Persons because we feel the policy is simply wrong.

“That said we are only weeks away from the national roll-out and at this late stage we wanted a pause in the implementation to address the concerns of so many individuals, professionals and groups.

“The Scottish Government have finally accepted there are problems with their flagship piece of legislation and now want to clarify and communicate more. After years of promoting this bill it seems bizarre that they have left things until this late stage to offer more information but they must address the real problems which have been highlighted.

“An example I gave was from Moray – 80 teachers fulfil the Named Person role during school terms but the EIS union has suggested their members should not continue as Named Persons during the holidays.

“In Easter Moray Council used senior officers to take on the work of the 80 Named Persons. These officers still had their own work to do but on a single day one officer received 25 police referrals to deal with as the Named Person.

“Clearly this is not sustainable but with the policy coming into force in August councils need clarity on how to deal with this issue ahead of the October holidays and subsequent breaks.

“SNP ministers didn’t answer my concerns during the speech so I took the opportunity to intervene on the Minister’s summing up and invited him to Moray to hear at first hand the problems being experienced.

“While he refused to answer my request in the debating chamber I have now written to him to reiterate my invitation and I hope he will take the opportunity to come to Moray to discuss this important issue.”