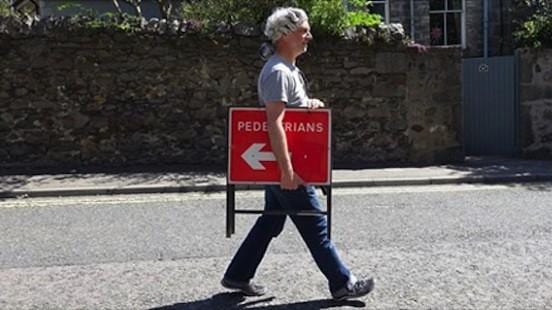 THE LARGEST EVER programme of events will see the growing popularity of the Moray Walking and Outdoor Festival further enhance its reputation far beyond Moray’s borders.

Running from June 16 to 26, the Festival will feature 48 events including walks, talks, cycling, history and watersports as well as cultural guided tours.

New this year is a cultural angle to the Festival, with Edinburgh dance company Cultured Mongrel performing their “Experts in Short Trousers” – a family trip to the woods that involves music, dance and imagination.

That event held in the woods near Burghead will be aimed at children at six-years and under with their families. Experts in Short Trousers has featured in the Edinburgh’s Fringe Festival and Hidden Door Festival and will tour as part of the Scottish Mental Health Arts and Film Festival in June.

Burghead is also the venue for Moray-based artist Celia Forestal Smith who will lead ‘Maritime Markings’, an short art walk with longer stops for observing and sketching Burghead Harbour and the sea. Celia said: “There is much to look at – boats, wrecks, buildings, lobster pots, seals, dolphins, other wildlife, rocks, the beach and the sea.

“At the stops we will each draw images that interest us, and after a couple of hours we will head back to a workshop for lunch and work on the art work.”

Choreographer, dancer and Director of Bodysurf Scotland, Karl Jay-Lewin leads an exploratory workshop based on his new dance work, Extremely Pedestrian Chorales, a response to JS Bach’s famous vocal harmonies. There will also be three creative writing walks with local poet and storyteller Margot Henderson on the themes of Wood, Water and Sand at locations around the Forres and Findhorn area.

The art and culture themed events are hoped to attract those who would not normally attend a walking festival event and inspire more people to get outdoors.

Jim Thomson, Chair of the Moray Way Association said: “The Moray Walking Festival is a partnership of Moray organisations, both business and voluntary, who facilitate access to the many different assets that Moray has to offer.

“We want to promote active, outdoor and healthy activities for the benefit of everyone, both residents and visitors and our participant numbers grow each year. This is made possible thanks to our main sponsors and funders, Scotmid, Scottish Forestry Commission and the Co-op.”

Guest speaker this year is Alan Rowan, known as the Midnight Mountaineer and writer of the book, Moonwalker: Adventures of a midnight mountaineer.

Alan’s talk on the opening night of the Festival will give an insight to his midnight adventures and the many other hills he has completed. He said: “I am delighted to be part of the Moray Festival and look forward to sharing tales of madness and mayhem from 15 years of moonlight Munros with kindred spirits.“

As well as the talk Alan will be taking a midnight walk and talk up Ben Rinnes with former RAF mountain rescue team leader David “Heavy” Whalley. Alan added: “I am excited also at the prospect of watching the sun rise from the summit of Ben Rinnes and enjoying a dram in good company.”

Pre booking is essential for all events and some are booked out already so please don’t miss out.

Further information can be found on the Festival website or by Email to info@moraywalkingfestival.co.uk.