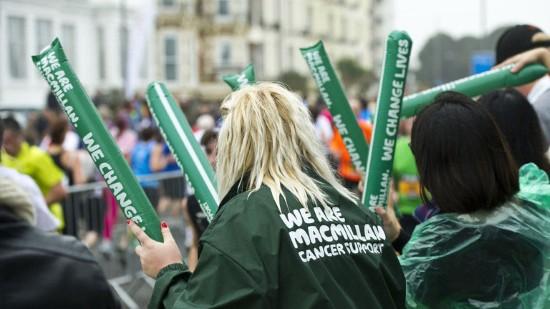 A MARATHON FOUR rounds of back-to-back golf in aid of Macmillan Support will go ahead in Moray this weekend despite cancer striking the family of participants in recent weeks.

Danny Lyons pledged to raise funds for the charity that is always there in support of cancer victims and their families in memory of an uncle, Gogs Grant – and several friends immediately responded by volunteering to help him out.

The idea was simply to take on Maverston Golf Club in Urquhart – but doing four complete rounds, so 72 holes, in a single day.

Barely had Danny and friends Willie Russell, Peter McIntyre, David Stephen, Jimmy Jackson, Graeme Lyons, Peter Ramsay and David Steele taken on the planning for their challenge, however, that the realities of the cause they were fighting for struck home.

Danny explained: “My uncle Gogs had died three years ago while Paula McIntyre, the wife of my friend Peter, has also passed away from cancer – so we decided to split into two teams of four,  team Techt and team Murdy, for our challenge in memory of Gogs and Paula.

“All the time we were campaigning for the event, I was pleading with people to donate saying that we just never know who cancer will affect next. Then just two weeks ago my team-mate Willie told me that his mother had just been diagnosed with cancer.

“I just did not know what to say – and then, the very next day, I found out my dad had cancer. I travelled down to Sunderland to see him last weekend and sadly he passed away on Monday morning.”

Danny paid tribute to Macmillan Nurses who are always available to help in times of need – despite the fact that, because of the speed in which his own family members had been diagnosed, there was nothing they could do.

He said: “It all happened too quickly for my Dad and my Uncle – but what we want to do is make at least a little difference to someone living with cancer and those around them that can get support from Macmillan.

“We have raised over £1500 in sponsorship already and have games and raffles to play on the day at Maverston. We have been sponsored by IT Central in Elgin and the Ionic Bar.

“We also have prizes including a signed Rangers top, bottles of whisky donated by local distilleries, a hamper from Walkers Shortbread and a variety of other prizes.

“The event taking place on Sunday [June 12] will run all day and anyone and everyone is welcome to come and cheer us on and show us support. We will be the ones in the very loud golf gear!”

Anyone wishing to donate directly through Just Giving can do so via Danny’s page or Graeme’s page.