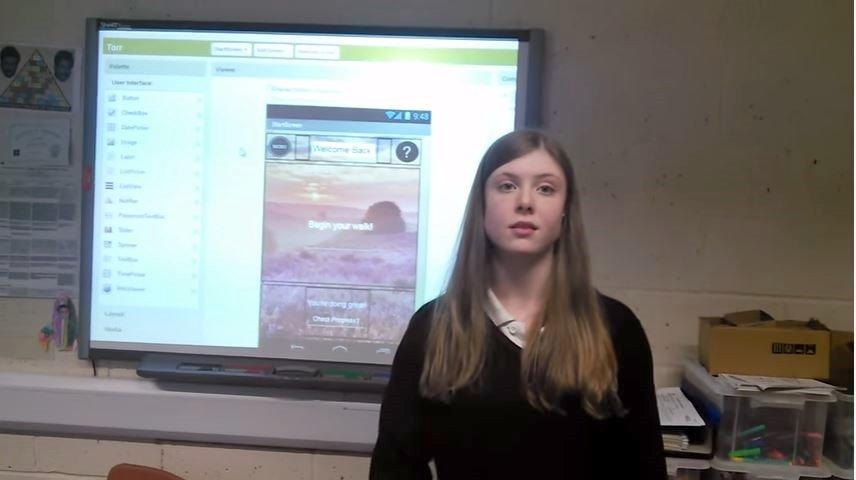 FOUR SPEYSIDE HIGH School students are set for a trip to London where they will compete in the finals of the prestigious ‘Apps for Good’ Awards.

The students have created the App ‘Tórr’ which encourages users to spend more time outdoors finding new routes for walking, cycling and running – wherever they are.

Now Tórr has been shortlisted as one of the finalists for the Sustainable Communities category at the Awards at the Barbican on Monday.

Selected from hundreds of applicants from across the UK, the team behind Tórr will pitch their app idea to a panel of industry leaders.

In their 5th year, the Awards recognise and celebrate young entrepreneurs. Any students who study the free Apps for Good course – currently being delivered in 1000 schools nationwide – are able to enter the awards in order to have the chance to work with a professional development agency and have their app launched on the market.

The Tórr team are now down to the final three and competing against two other teams in their category in the hope that their app can be the one that is brought to life in 2017.
The Moray team – Renée Dumenil, 15, Rory Horsburgh, 15 and Zoe Jackson,14, all took part in the Apps for Good course at Speyside High School.

Marc McWhirter, Principal Teacher of Computer Science at Speyside High School, said: “All of our students worked very hard on their app ideas this year and we are very proud of the team.

“Our pupils were inspired by the picturesque part of Scotland they call home, they wanted to enrich the lives of their community around them and encourage others to enjoy their local areas.”

Debbie Forster, co-CEO of Apps for Good, added: “Massive congratulations to Tórr for becoming a finalist in this year’s Apps for Good Awards.

“The calibre of apps submitted from across the country was, once again, phenomenal, and proves we have a generation of very bright young digital makers, bursting with ideas and ready to thrive in a tech driven future.”

The Moray public can play a part in helping their local team to succeed in getting their App to the market by voting for them at https://www.appsforgood.org/public/awards/2016/peoples-choice until Monday.