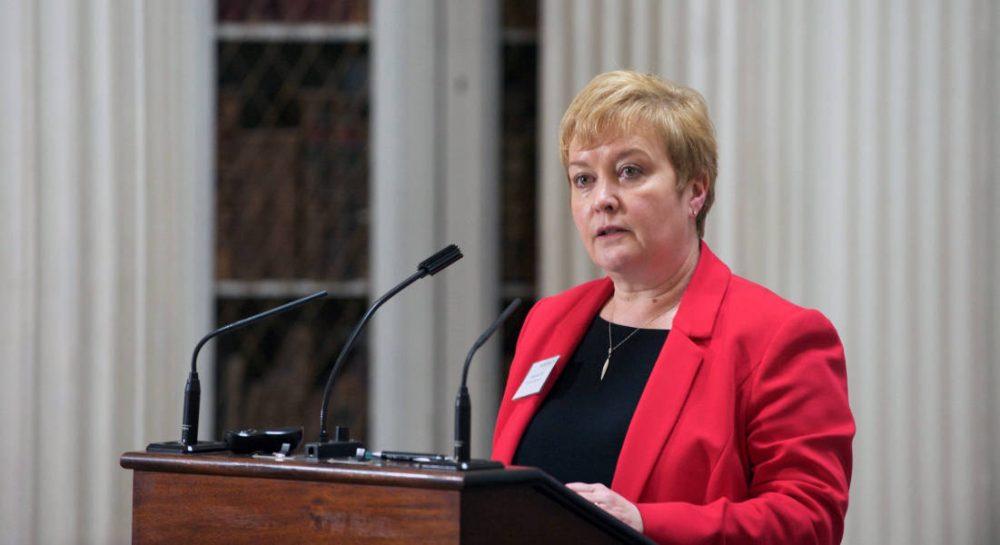 Rhoda Grant MSP for the Highlands and Islands provides an update to her activities of interest to Moray constituents.

IT IS THAT TIME yet again and I am delighted to be writing another column for the ever popular ‘Inside Moray’.

I would like to start this column by highlighting three motions that I tabled in the Scottish Parliament in recent weeks. A motion is a great way of recognising the achievements of individuals or a group of individuals, businesses or organisations and in these cases within Moray.

One related to the efforts of all those involved in the ‘Access For All’ project work at Elgin rail station.

This work entailed construction of a new £2.1million pedestrian bridge, which includes a lift and was built to provide obstacle free and accessible routes between the station and platforms. The work was carried out within the timescale and on budget and has now been nominated for a 2016 National Award.

This project was a great piece of construction work carried out within 37 weeks and on budget which allows obstacle free and unlimited access to those with mobility issues at Elgin rail station.

Another was in relation to the work of those organising the European Pipe Band Championships in Forres. What this group have done for the economy of Moray has to be acknowledged and recognised. This event is a great opportunity for local people to showcase their skills worldwide.

The third motion acknowledged and commended a group of Forres volunteers on their work in rejuvenating the Tolbooth on Forres High Street and converting it into a local heritage centre. I am a great supporter of communities where local volunteers roll their sleeves up and just get on with whatever needs doing to make a project or initiative come to life or fruition.

I have read and heard about the work of the volunteers involved in the Forres Heritage Trust and I congratulate them on all their efforts which will allow all generations to look back in time and see first-hand how life went on in this Moray town.

Out and about in Moray

Over the summer recess I have had the pleasure of meeting individuals, businesses and organisations in Moray and learning first-hand about the challenges and issues they are facing.

I visited members of the local Advisory Committee of ENABLE Scotland (ACE) to discuss how I could influence parliamentary action on a variety of subjects and make politics more accessible for people who have learning disabilities.

Before the election, ENABLE Scotland’s unique and accessible local hustings events – part of its campaign to #ENABLEtheVote – highlighted issues important to people who have learning disabilities. Eighty per cent of people who have learning disabilities who engaged in #ENABLEtheVote, chose to exercise their democratic right to vote in electing the new Scottish Parliament.

One member told me: “What we think is not always heard or listened to, but people who have learning disabilities have a lot to say about important issues. It is important that our MSPs who represent us talk to us and listen to what we have to say.

“#ENABLEtheVote has given us more opportunities to have our say in politics. We talked about employment, welfare, transport and other barriers in our local area.

“We talked about the impact these things have on other aspects of life such as meeting new friends and being able to do things other people take for granted.”

I was very impressed with the ACE group – meeting the group and listening and learning from them is important to me. I learned a lot about particular issues I can help influence, especially employment, and I aim to do what I can to make life for people who have learning disabilities.

I am also particularly interested in improving the quality of information that will help the group become more integrated in the community and make politics in particular more accessible. People who have learning disabilities have the right to expect things, such as work and friendships, that we all take for granted. I’ll be meeting the group regularly to update them on progress.

The fact that Police in the North East, which includes Moray, have arrested 42 people in relation to domestic abuse in recent weeks, gives support to my desire for Domestic Abuse Courts to be rolled out across the Highlands, Islands and Moray, Operation PINE, focused on targeting those responsible for committing incidents of domestic abuse.

The latest six-day phase was undertaken in Aberdeen, Aberdeenshire and Moray and a total of 42 men and women aged between 16 and 54 years of age were arrested for a range of crimes including 11 in connection with assault, 12 in connection with threatening and abusive behaviour, five for communications offences and three for breaches of Court Bail Orders and 11 for other related offences.

Just take this scenario. The individuals arrested and subsequently charged with domestic abuse related offences, will now have to appear at a future date in a normal Court dealing with a variety of criminal cases.

Domestic Abuse is a very real blight on our communities. In many ways it is a hidden crime with victims scared to speak out as they are not sure what support is out there for them. Of course agencies are much better now at working together in dealing with issues such as these, but as I have previously highlighted, there is a gap in the criminal justice support, aid and response.

If we had dedicated Domestic Abuse Courts then on these particular court dates, all concerned with effectively dealing with offenders and supporting victims, would be more equipped and trained in dealing with this issue and a more focussed and managed response would follow. Victims would be able to feel less intimidated and would hopefully feel better supported.

Finally for me this month I just want to make a comment about the Named Person issue which many people have asked me about.

In terms of the principle of a ‘Named Person’, I agree with a number of organisations including Children 1st, Barnado’s, Save the Children, the NSPCC and Children in Scotland that this is the best possible support system for children who may otherwise be at risk.

I always felt that the system must work in practice; and it must be properly resourced, without placing an additional burden on staff, and without taking away support from children who need it most
I also would argue that the provision should only apply to young people up to the age of 16, when many children leave school.

When Bill Alexander, the Director of Health and Social care at Highland Council, gave evidence to the Scottish Parliament specifically on the provision, he questioned why a named person would be needed for most children who have left school.

He said: “I do not understand how my daughter, who is 17 and doing performing arts in Manchester, could have a named person; she will not need or want one.”

I believe that the Scottish Government ignored these calls and they have failed to address the concerns of parents. This entire process has been an absolute mess and it has caused a lot of anxiety for parents.

I would suggest the Children’s Commissioner is asked to carry out a full review, so that the concerns of parents can be addressed and the issues highlighted by the Supreme Court can also be rectified.