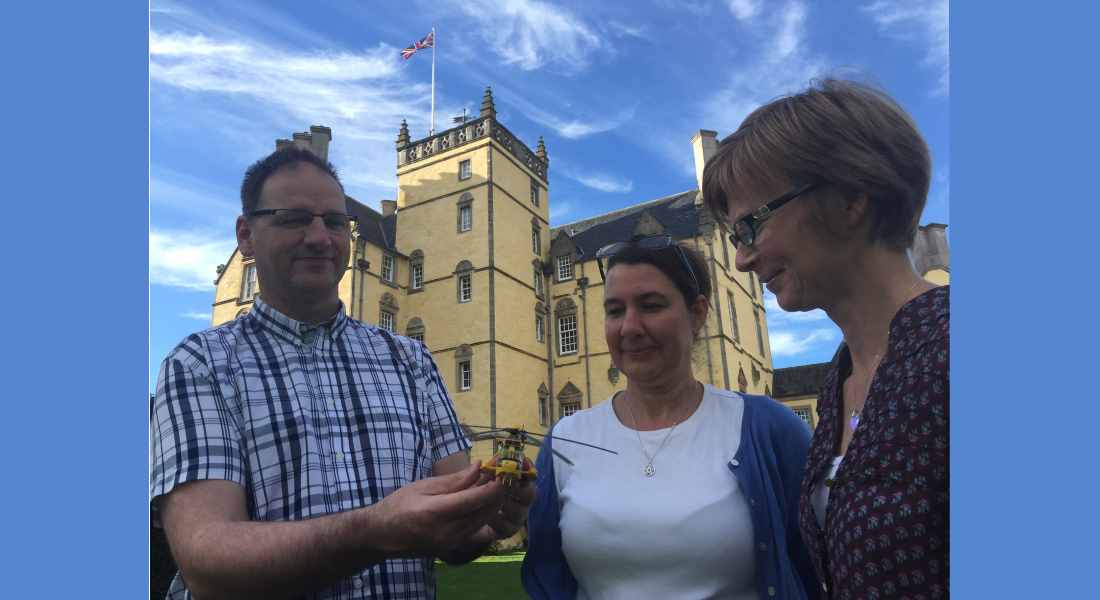 MORAY BUSINESSES ARE being urged to lend their support to a very special evening that will be featured on national television.

The annual STV Children’s Appeal brings local communities throughout Scotland together for a single cause each year, raising funding for Scottish children’s charities.

Working alongside the Hunter Trust, the appeal has gathered millions of pounds for Scottish children and young people’s charities, including many in Moray – and this year the Appeal has teamed up with Morayvia and the Tennant family to throw open the doors of Innes House for an evening of entertainment.

Mark Mair, Morayvia’s Chairman, said: “We wanted to do something in Moray for the STV Appeal this year and in looking around were delighted when the Tennant family came to our rescue, throwing the doors of Innes House open for one very special evening.

“The event is taking shape with several local businesses already lending their support – but we could always use a few more! Hosted by STV’s Nicola McAlley, we are delighted that Cash in the Attic’s Jonty Hearnden will also be coming along as will world renowned Cuban magician, Manuel Martinez.”

Moray’s links with the iconic Sea King rescue service, marked by Morayvia’s replica of the rescue crew room that once stood at RAF Lossiemouth and, of course, their very own distinctive Sea King helicopter will be very much to the fore.

“We will kick off the evening with a short film looking at three rescues by the mighty Sea King and her crews,” Mark said, adding: “This will look at how the Sea King crews risked their lives on a daily basis from rescuing fishing crews to new born babies.”

The Innes House event will include a four-course dinner created by Lossiemouth’s 1629 and there will be an auction on behalf of the STV Appeal and Morayvia to round off the evening. Entertainment will also be provided by local band ‘Current Affair’.

Tables are available for groups of 10 at £500 while individual places can also be booked at £50 for the event which takes place on September 17. Contact for bookings and further information is Mark Mair on 07790 932018 or by email to rescue137@msn.com.