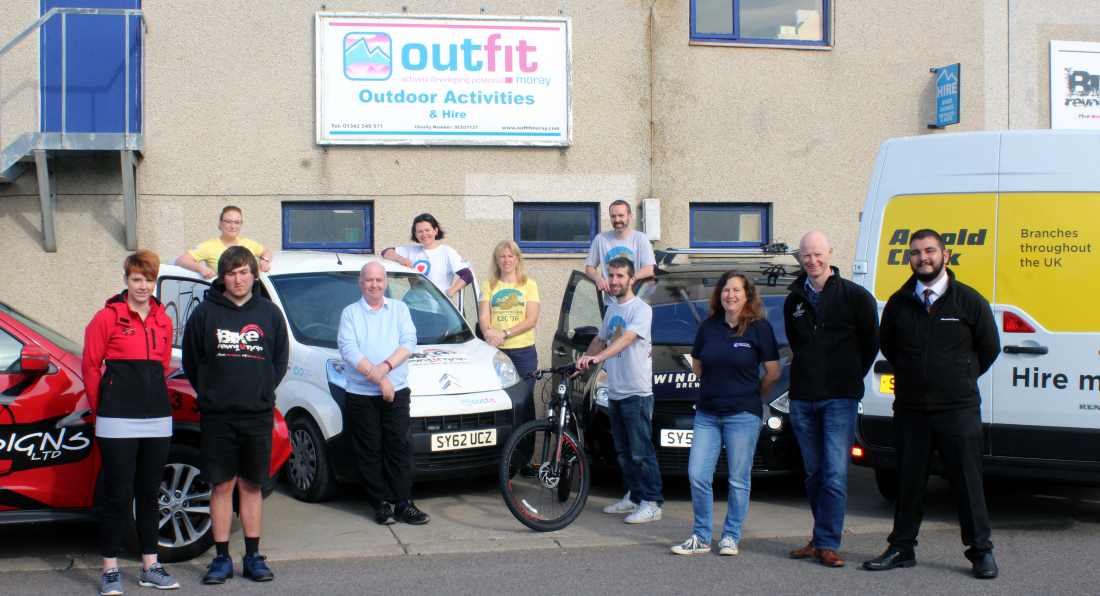 BUSINESSES, COMMUNITY GROUPS and individuals have ensured that the second year of a gruelling 100km walking and cycling challenge from the Cairngorms to the Moray coast was a major success.

The second year of the Cairngorm to Coast challenge drew 43 competitors who undertook all or part of the 30k hike followed immediately by a 70k cycle run back in May.

A team of four from the 39 Engineer Regiment at Kinloss Barracks finished ahead of the field – but the real winners are the RAF Benevolent Fund, who will receive at least £9024 from the event.

Further support for the event came from the Force Development Training Centre in Grantown-on-Spey and local community news provider insideMoray.

This week representatives from several of the businesses and groups who supported Cairngorm to Coast gathered at Outfit Moray to hear the final total, with Team RAFBF Lossiemouth chair Karen Cox saying: “Support came from a very long list of individuals and businesses and that underlined the importance of the RAFBF to people from throughout Moray and beyond.

“We learned a great deal from our inaugural event in 2015 – and that resulted in everyone finishing the challenge – including the Army team who managed to win despite taking an unplanned detour along the way!

“While the Kinloss Barracks team won the day they would have been pipped at the post by the amazing Kelvin Hirst, who was well in the lead – but lost his way and took an even bigger detour than the Army guys.

“We are, above all, thrilled at the final total raised with notable contributions coming from Kathryn Evans and Sandra O’May who raised £495 while Anthony Carmichael raised a very healthy £400 from his efforts.”

The event will be held for a third consecutive year on May 20, 2017 with details being announced next month.